Summer placements with the top B-schools of India, brought a cheer on the faces of hundreds of MBA Aspirants. Here is a look at the hiring trend for the year 2018. 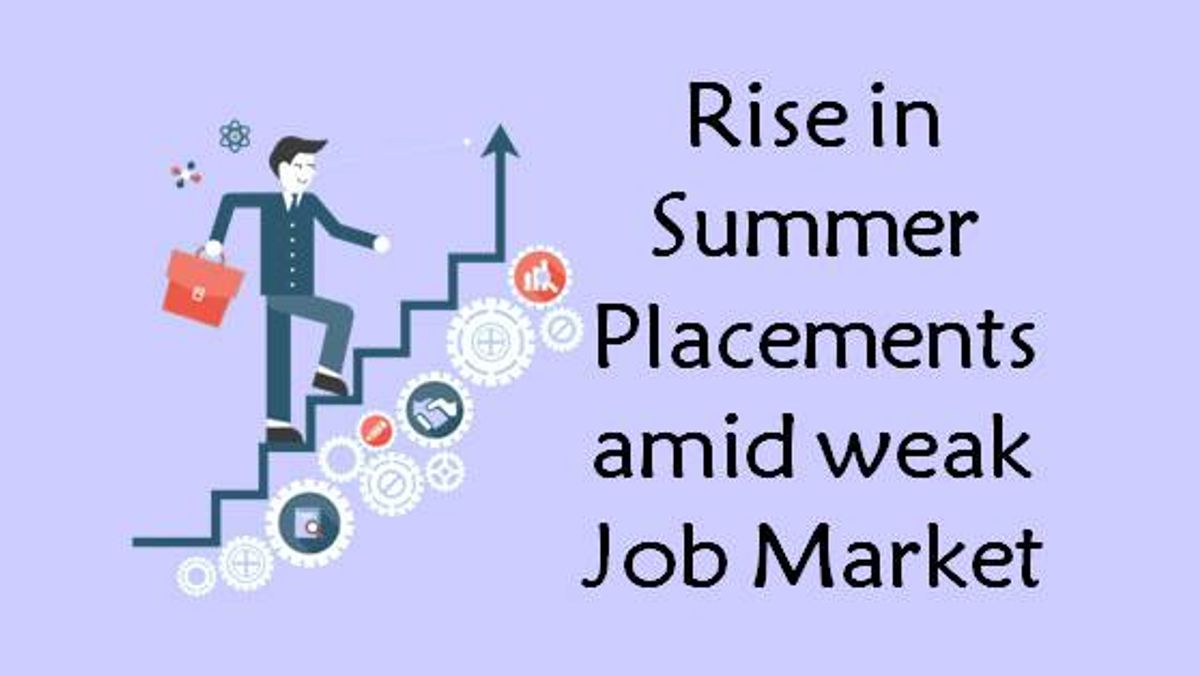 Here is a look at the hiring trend that the summer placements saw for the coming year i.e. 2018:

IIM Bangalore was another bee in the bonnet of the reputed IIMs that successfully completed 100% placements for the students. On achieving this milestone, Ganesh Prabhu, Chairperson, Career Development Services, IIM Bangalore, said: "The slight downturn that we observed in the final placements of the batch of 2017, just eight months ago, has been corrected by a major resurge in hiring interest across all sectors for the IIMB summer placements."

Summer placements at other top B-Schools

IIFT has emerged as the fastest B-school to complete their summer placements for its 2017-19. Not only this, the institute has also achieved a milestone. The institute saw average stipend shoot up by 11% in comparison to last year. XLRI joined the league and registered a stipend package of Rs 5 lakhs for 2 months in the Summer Placement 2018 drive. The institute also witnessed average and median stipend numbers registered a healthy growth of around 20%. Another top B-School, has seen a 24% rise in the average stipend offered to the candidates.

Top Recruiters in the placement drive

No less than 150 recruiters participate in the placement process at IIM Lucknow in the summer placement drive. For IIM Bangalore also, there was no dearth of companies that visited the campus. There were over 130 companies that extended offer of summer placements to the MBA aspirants. IIM K welcomed 90 recruiters on their campus from diverse domains such as finance, consulting, marketing and human resources etc. Other top B-schools such as XLRI witnessed participation of 90 companies including top brands from across India.

These numbers in itself is a proof that the job market is open for the candidates that have the true potential to contribute in the overall development of the organisation.

While the above statistics are entirely based on the summer placements and do not talk about the final placements, but they are a good indicators of the strength of job market. Be it any domain from sales and marketing, consulting and finance, students have bagged roles on good profiles in their campus placements. On the contrary, the report from Confederation of Indian Industry says that between 2011-12 and 2015-16, India created 3.65 million jobs a year.