Want to enhance vocabulary for the MBA Entrance exams? Here are top 100 vocabulary words that are commonly asked in the verbal ability section. 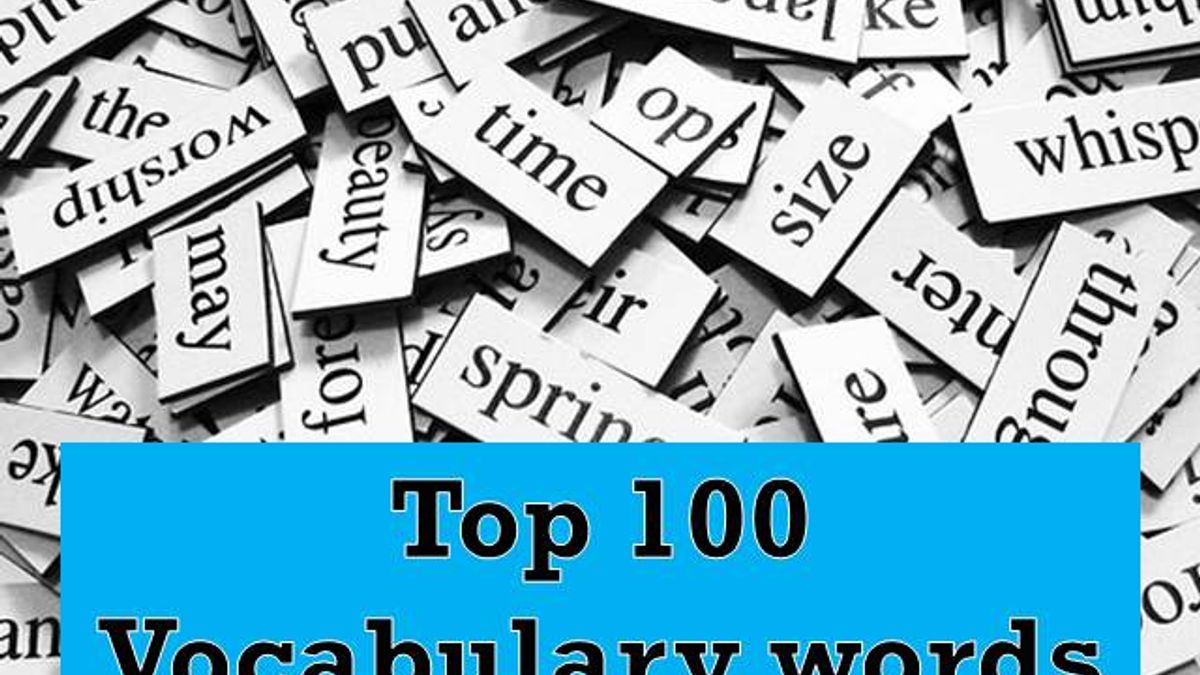 Preparing for the Verbal ability section seems quite doable when it comes to the MBA entrance exams. However, there are some sections that often gets ignored due to other time consuming sections demanding more time and attention. While there is a huge target to study for the entrance exams such as CAT, XAT, CMAT and other MBA entrance exams, it happens that Vocabulary takes a back seat due to time constrains. Considering the complexity which goes into preparing for the exam and the time constraint faced by the MBA exam aspirants, we have compiled a list of 100 vocabulary words that will fast track your comprehension power.

We suggest that when language comprehension section is concerned, the best strategy to brush up your skills would be to review the Word list. It would help you keep a check on important vocabulary words. It will grease up your comprehension skills as you would be aware of high-level vocab. It is easy to read 100 vocabulary words on the go even when you have less time in hand and more to prepare for the exam.

Here are 100 most used vocabulary words asked in the MBA entrance exams. Take a look and solve the RCs in the exam speedily:

1. Factotum
Pronunciation: fak-toh-tuh m
Meaning: An employee or official who has various different responsibilities to handle
Synonyms: Retainer, Servant, workaholic, odd-job person
Usage: She might appear as the perfect factotum; and indeed she was.

22. Vilify
Pronunciation: vil-uh-fahy
Meaning: Spread negative information about
Synonyms: defame, malign, mistreat, jinx, slander
Antonyms: favour, glorify, laud, exalt, praise
Usage: The pair have since been vilified for their actions and have been accused of being "spiteful". (Source: Belfast Telegraph)

30. Writhe
Pronunciation: rahyth
Meaning: To twist the body, face, or limbs or as in pain or distress.
Synonyms: wince, wiggle, agonize, distort, suffer
Antonyms: straighten, uncoil, align, uncurl, unravel
Usage: The prawns are seen wriggling and writhing on the skewers, which are placed on a plate on the table. (Source: The Sun)

34. Vignette
Pronunciation: vin-yet
Meaning: A picture having a background or that is shaded off gradually.
Synonyms: sketch, picture, illustration, portrait, depiction
Antonyms: original, real, camouflage, substantive, Landscape
Usage: Every Olympic closing ceremony features a small vignette made by the next host city to get people. (SOURCE: SB Nation)

35. Vertigo
Pronunciation: vur-ti-goh
Meaning: Dizziness
Synonyms: giddiness, lightheadedness, abscess, wooziness, instability
Antonyms: stability, penetration, gravity, clear-headed, languid
Usage: He can be seen twirling at high speed at the very edge of the roof – which might make those suffering from vertigo want to look away. (Source: RT)

48. Suave
Pronunciation: swahv
Meaning: Smooth and pleasant in manner.
Synonyms: urbane, unctuous, courteous, debonair, gracious
Antonyms: gawky, awkward, inelegant, acidulous, brusque
Usage: The Portuguese coach looked suave in a suit as he headed out to his car before being driven away (Source: Mirror.co.uk)

73. TORPOR
Pronunciation: tawr-per
Meaning: Inactivity resulting from lethargy and lack of vigor or energy
Synonyms: languor, inertia, sloth, lassitude, stupor
Antonyms: vibrancy, vigor, animation, liveliness, dynamism
Usage: After the torpor of Van Gaal anybody – or any style of football – is likely to be more enjoyable (Source: The Guardian)

79. CANARD
Pronunciation: kuh-nahrd
Meaning: A deliberately misleading fabrication
Synonyms: rumor, fabrication, falsity, hoax, bruit
Antonyms: verity, reality, actuality, veracity, authenticity
Usage: The canard upon which he based his campaign was that Jews were planning to destroy or take over Muslim holy sites. (Source: Committee for Accuracy in Middle East Reporting in America)

80. COMPENDIUM
Pronunciation: kuh m-pen-dee-uh m
Meaning: A concise but comprehensive summary of a larger work
Synonyms: summary, epitome, abridgment, abstract, précis
Antonyms: broadening, salubrious, elongate, extension, exposition
Usage: That should not occlude the fact the Olympics is a compendium of everything that is awful about sports. (Source: The Big Lead)

81. DENOUEMENT
Pronunciation: dey-noo-mahn
Meaning: The outcome of a complex sequence of events
Synonyms: conclusion, outcome, solution, consummation, culmination
Antonyms: success, embark, actuate, advent, commence
Usage: Staving off several break points as he served for the title in a denouement he described as "the hardest game of life" (Source: The New Indian Express)

89. INCHOATE
Pronunciation: in-koh-it
Meaning: Only partly in existence; imperfectly formed
Synonyms: incipient, embryonic, rudimentary, amorphous, inceptive
Antonyms: developed, advanced, abounding, acatalectic, admirable
Usage: An idea, however inchoate, is in the air in Hanoi - and the government would very much like to see the concept grow. (Source: Huffington Post)

100. QUALM
Pronunciation: kwahm
Meaning: Uneasiness about the fitness of an action
Synonyms: misgiving, scruple, uncertainty, demur, queasiness
Antonyms: confidence, certitude, assuredness, brashness, constancy
Usage: The poison is killing them but they are willing to swallow it without a slight qualm (Source: Eastern Mirror)

A thorough revision of these 100 vocabulary words for MBA Exams will speed your final preparation for MBA Entrance exams. If you find this wordlist useful, share it with your friends preparing for the MBA Exams to help them enhance vocabulary.