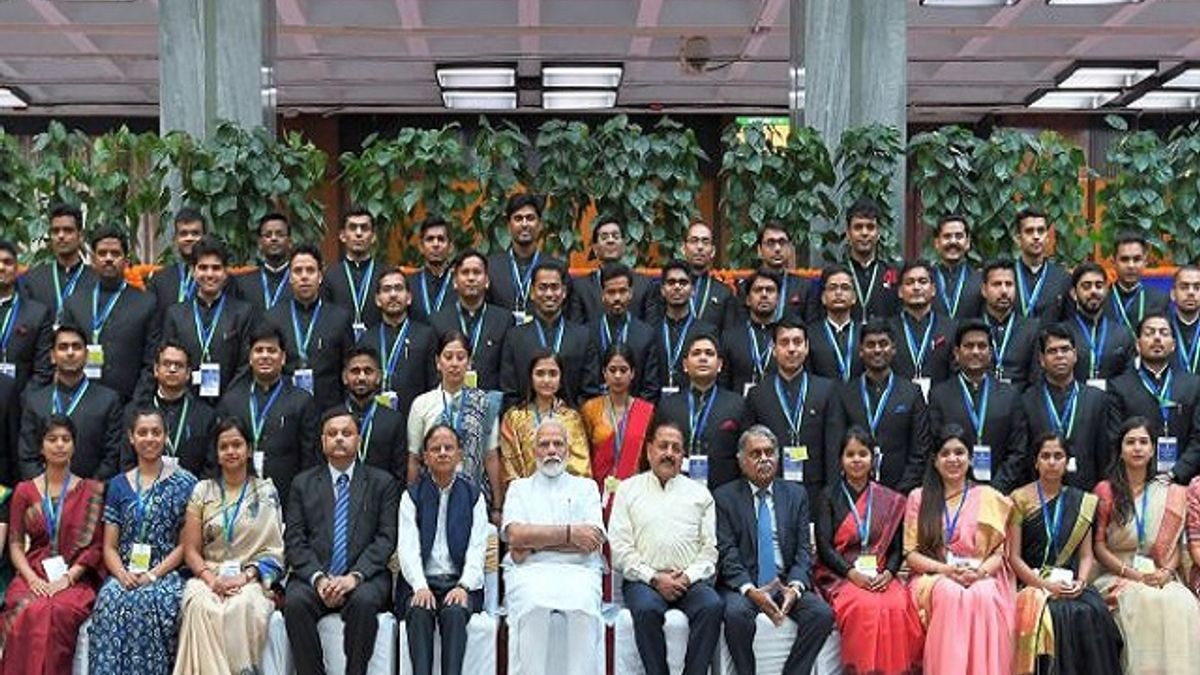 The Indian Administrative Service (IAS) the premier service of the Government of India was constituted in 1946. Prior to that Indian Imperial Service (1893-1946) was in force. The civil services have been a hallmark of governance in India. The Constitution provides that without depriving the States of their right to form their own Civil Services there shall be an All India service recruited on an All- India basis with common qualifications, with a uniform scale of pay and the members of which alone could be appointed to these strategic posts throughout the Union ." No wonder that Sardar Vallabh Bhai Patel, one of the eminent leaders of the freedom struggle referred to the ICS as the steel frame of the country. The civil services, therefore, represent the essential spirit of our nation - unity in diversity.

IAS officer is responsible for the maintenance of law and order, revenue administration, and general administration in the area under him. His powers broadly include:

How to prepare for IAS with Engineering

In the career span of an IAS officer, he is eligible for a raise in salary and promotions. The promotions take place after evaluating the performance on the basis of Performance Appraisal Reports, vigilance clearance, and scrutiny of an overall record of the officers concerned with following laid down procedures. The scrutiny for promotion is done by a committee of senior civil servants constituted for the purpose. Promotions are dependent on the time period spent by an officer in a particular grade. Specified number of years of service is a pre-requisite to be eligible for promotion. These time-bound promotions have been envisaged to attract and retain the best talent in the country.

How to study Geography for IAS Exam

The First Police Commission, appointed on 17 August 1865, contained detailed guidelines for the desired system of police in India and defined the police as a governmental department to maintain order, enforce the law, and to prevent and detect crime. The Indian Police Service is not a force itself, but a service providing leaders and commanders to staff the state police and all-India Central Armed Police Forces. Its members are the senior officers of the police.

IPS officers are eligible for raise in salary and promotions in their career span. The promotions take place after evaluating the performance on the basis of Annual Performance Appraisal Reports, Vigilance Clearance and scrutiny of an overall record of the officer.

The origin of the Indian Foreign Service can be traced back to the British rule when the Foreign Department was created to conduct business with the "Foreign European Powers”. In 1843, Governor-General Ellenborough carried out administrative reforms under which the Secretariat of the Government was organised under four departments – Foreign, Home, Finance and Military. Each was headed by a Secretary level officer. The foreign department Secretary was entrusted with the "conduct of all correspondence belonging to the external and internal diplomatic relations of the government”.

In September 1946, on the eve of India’s independence, the Government of India decided to create a service called the Indian Foreign Service for India’s diplomatic, consular and commercial representation overseas. In 1947, there was a near seamless transformation of the Foreign and Political department of the British India government into what then became the new Ministry of External Affairs and Commonwealth Relations and in 1948 the first batch recruited under the combined Civil service examination system of the Union Public Service Commission joined the service. This system of entry has remained the staple mode of intake into the IFS to this day.

The Foreign Service Officer is required to project India’s interests, both at home and abroad on a wide variety of issues. These include bilateral political and economic cooperation, trade and investment promotion, cultural interaction, press and media liaison as well as a whole host of multilateral issues.

The main powers of an Indian diplomat may be summarised as:

An IRS officer starts in Group A as Assistant Commissioner of Income Tax. Recruitment at this level is through the Civil Services Examination conducted by Union Public Service. IRS plays a pivotal role in the collection of Direct Taxes (mainly Income Tax & Wealth Tax) in India, which form a major part of the total tax revenue in the country. IRS officers administer the Direct Tax laws through the Income Tax Department (ITD)  whose logo is 'koshmulodandah'.  The cadre controlling authority of the IRS (IT) is Central Board of Direct Taxes (CBDT).

IRS officers serve the Government of India in different capacities/roles. While administering, Direct Taxes through the ITD, they formulate policies, implement such policies and discharge the functions of an investigator, quasi-judicial authority, prosecutor and negotiator of International Agreements etc. Their main roles could be briefly described as under:

It is similar to IRS (IT), but as a different branch of the Revenue Department of the Ministry of Finance. It administers the indirect taxes like customs, excise and narcotics. The cadre controlling authority of the IRS (C&CE) is Central Board of Excise and Customs (CBEC).

The officers of IRS (C&CE) enjoy the maximum power within their domain as compared to the officers of any other tax authorities in India. They deal with the matters relating to indirect taxations like Customs, Excise and Service Tax. They are also the enforcement authorities for drug-trafficking. Some of the specific powers are:

Indian Railway Traffic Service (IRTS) is one of the eight organized Group 'A' services in the Ministry of Railways. Earlier called Officers of the Superior Revenue Establishment of the Traffic, Transportation and Commercial Department of Indian Railways, IRTS in its present form was reconstituted in 1967.  IRTS officers in the middle- and senior-level management undergo training in diverse areas including commercial management, operations management, logistics, public-private partnerships, etc. There are two main streams of the Traffic Department, Operations and Commercial, where these officers are posted.

Salary structure of the services