Women IPS officers are a symbol of women power all over India and breaking all myths of physical strength.They are heading the paramilitary forces and other male dominated trades in our country. Here we are presenting the top women IPS officers in India who are an inspiration to all. 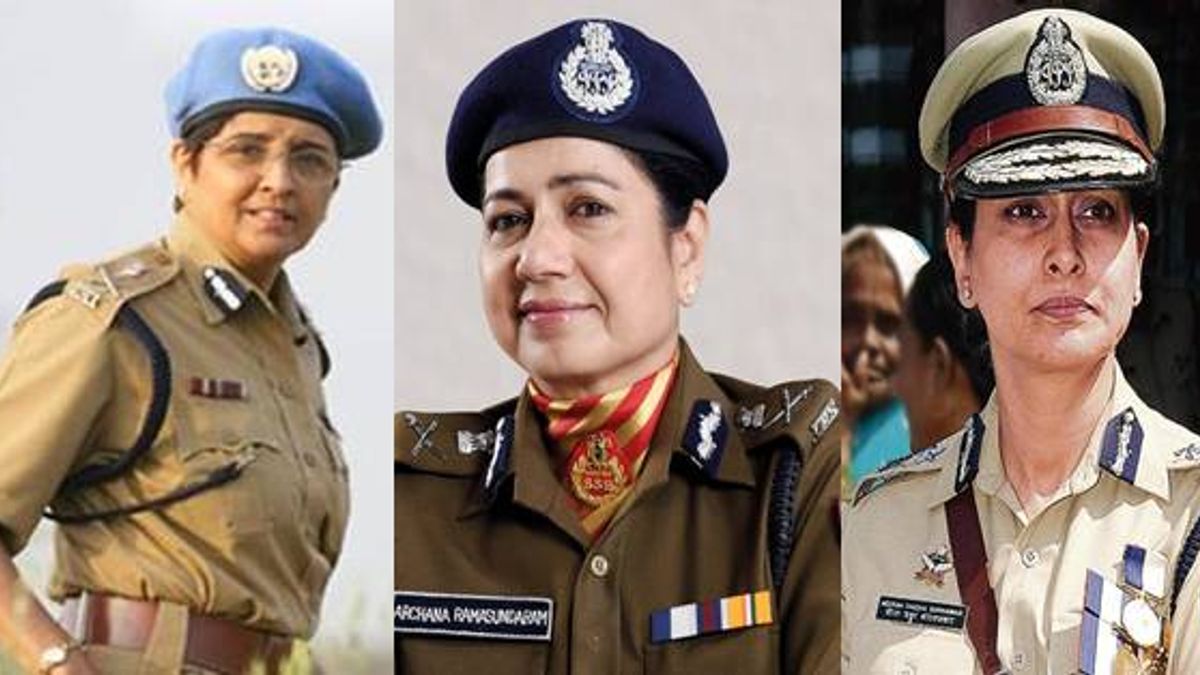 "A woman with a voice is by definition a strong woman. But the search to find that voice can be remarkably difficult.”

Women IPS officers in India have been often subjected to great changes over the past few millennia, but contrary to that they have time and again proved their calibre by their heroic acts. And today, we see women IPS officers heading the paramilitary forces, chief commissioners and dealing with chronic Naxalites problems in our country.

With a decline in their status, the history of women in India has been eventful. But in modern India, women have held high offices, including that of the President, Prime Minister, Speaker of the Lok Sabha, Leader of the Opposition, Union Ministers, Chief Ministers and Governors.

Even women candidates are mostly seen outshining the male candidates in the toughest exam of the country i.e. That is the civil service exam. For the last 3 years or so, the women have continued to dominate the list of toppers of IPS exam and inspired hundreds of young girls in our country to pursue civil services as a career.

The job profile of an IPS officer is very challenging and dynamic; it requires a lot of dedication and commitment towards this job. But these women are courageous with strong will power and a sharp mind. Here we are presenting the top women IPS officers in India who are an inspiration to all.

Kiran Bedi is a retired Indian Police Service officer and social activist who is the current Lieutenant Governor of Puducherry. She is the first woman to join the Indian Police Service (IPS) in 1972. She remained in service for 35 years before taking voluntary retirement in 2007 as Director General, Bureau of Police Research and Development.

One of the most remarkable work came when she was posted to the Delhi Prisons as Inspector General (IG). She introduced several reforms at Tihar Jail, which gained worldwide acclaim and won her the Ramon Magsaysay Award in 1994.

Meanwhile, in 2003, Bedi became the first Indian woman to be appointed as a Police Advisor to Secretary-General of the United Nations, in the Department of Peace Keeping Operations. She resigned in 2007, to focus on social activism and writing. She has written several books and runs the India Vision Foundation.

Smt. Archana Ramasundaram, an IPS Officer of 1980 batch, is a post graduate in Economics from the University of Rajasthan where she also worked as a Lecturer before she was appointed to the Indian Police Service and allotted to Tamil Nadu Cadre.

She worked as the SP (Prohibition Enforcement Wing) where she took strict action against a large number of bootleggers and prohibition offenders. She later worked as the SP (Vigilance and Anti-corruption) at Chennai. She was awarded the Police Medal for Meritorious Services in August 1995.

In 1999, she was selected for deputation to Central Govt and posted as the DIG in the Central Bureau of Investigation in New Delhi. She was also awarded the President's Police Medal for Distinguished Services in the year 2005 during this stint. On 3rd February 2016, she assumed charge as the Director General, Sashastra Seema Bal (SSB) and earned the distinction of being the first woman to head a paramilitary force in India.

In 1981, Meera Borwankar became an IPS officer of the Maharashtra cadre, served as Deputy Commissioner of Police in Mumbai and was posted on the state CID crime branch in 1993-95. She worked with the Economic Offences Wing of the Central Bureau of Investigation (CBI) in Mumbai and was DIG of the Anti-Corruption Bureau of the CBI in New Delhi.
Meera Borwankar became the first woman to head the Mumbai’s Crime Branch, Department in the year 2001. For her contribution, she has received the President’s Medal in 1997, apart from Police Medal and Director General’s Insignia.

She is known for being a tough officer and during her service to the state Crime Department (1993-95), she investigated the much publicised Jalgaon sex scandal which involved many local politicians.

Sanjukta Parashar is an IPS officer from the 2006 batch. She completed her graduation in Political Science from the Indraprastha College for Women in New Delhi and later went to the Jawaharlal Nehru University for her Masters, M. Phil and PhD in International Relations. She secured all India rank 85 in her UPSC examination.
Parashar was first posted as the Assistant Commandant of Makum in 2008. She was soon given the responsibility of controlling the clashes between Bodo and illegal Bangladeshi militants.

She is best known for taking down 16 militants, arresting over 64 and seizing tonnes of arms and ammunition in just 15 months. Parashar has proven herself a capable leader in the IPS. Countless times she has placed her life on the line as she leads her team into the forests of Assam to counter against separatist insurgents.

Despite all her achievements as an armed officer of the law, Parashar has also shown a softer side that has won the hearts of many across the country. She was a regular visitor to the camps for displaced people in the region during the height of the conflict and participated in the distribution of much-needed relief. She is also a vocal advocate for road safety; known for offering toffees to motorcycle riders who wear helmets.

Sonia Narang is an IPS officer of the 2002-batch. She graduated from Punjab University in 1999 and is a gold medallist in Sociology. She has been promoted to the rank of Deputy Inspector General of Police (DIG) in the Crime Investigation Department (CID).

She is often considered as a no-nonsense officer who slapped a politician for crossing the line, and blew the lid off a corruption scam in the Lokayukta that led to the resignation of former Lokayukta Justice Bhaskar Rao, is off to greener pastures.

She was in the limelight in recent months for her pursuit of wrongdoers in the shocking pre-university question paper scam, is being sent on Central deputation for four years and posted as the superintendent of Police, National Investigation Agency (NIA) New Delhi.

She was selected to represent India at the Interpol meeting held in 2004 in Cancun, Mexico. She is best known for her work as the chairperson of the All India Women in Police, Uttarakhand Police and hosted the 2nd Women in Police Conference that was praised by the President of India as "an excellent performance".

She projected the issues relating to the recruitment, training and continuing of women in police in India at the DGPs Annual Conference and to the Training Heads from across the country on behalf of the Bureau of Police Research and Development.

Dr B. Sandhya is the Additional Director General of Kerala Police in India. She trained in Human Resources Management from Wollongong University, Australia in 1998 and passed the PGDBA from Pondicherry University in 1999.

In 2006, Sandhya was involved in the investigation into allegations of sexual assault made against former Kerala Public Works minister P. J. Joseph. In 2009, Sandhya implemented The Janamaithri Suraksha Project (the Community Policing Project of Kerala), a successful model of Community Policing.

In 2010, the International Association of Women Police (IAWP) based in the USA, awarded Sandhya the International Scholarship of Distinction. In 2006, the Kerala Police awarded Sandhya the President’s Police Medal for Meritorious Service. Her novel Neelakoduveliyude Kavalkkari won the Edasseri Award in 2007, Gopalakrishnan Kolazhi Award, Abudabi Sakthi Award, Kunjunni Puraskaram-2013.

She is best known as the second female director general of Delhi’s Tihar Prison after Kiran Bedi. She introduced a great change to make the women inmates in prison to learn the introduction of foreign language courses. Women helpline (1091) is introduced by Vimla only as the head of Crime against Women Cell. During her another achievement as woman police officers was made Investigating Officers (IOs) in all cases involving women, she makes start self-defence training programmes for women.

Vimla dealt with the battalion for the first time in Delhi during the anti-Sikh riots where she introduced the first ever self-defence training courses for women run by the police. Vimla tells that many more programmes are also going to be planned to improve the state of today and Tihar Jail also.

Salary, Perks, facilities of an IAS/IPS