UP Board 12th (Intermediate) Result 2014 Declared: Check on up12.jagranjosh.com

The UP Board had conducted Class XII exam from March 03 to April 04 in two shifts at various exam centers in various cities all over the State. 31, 27,066 was the total strength of students who appeared for the board examinations of class 12 including boys and girls. 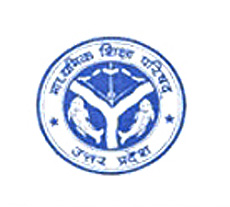 The UP Board had conducted Class XII exam from March 03 to April 04 in two shifts at various exam centers in various cities all over the State. 31, 27,066 was the total strength of students who appeared for the board examinations of class 12 including boys and girls. The examination was conducted on 9322 centers across the State by the UP Board. The students who appeared for the same can check their results on the website on the 25th May. The results are expected to be displayed by 3pm.

Since the awareness about education has been increasing all over the State, so it was decided by the government to encourage more and more jail inmates also to write this examination. It is interesting to note that 150 jail inmates also appeared for the exam this year. More number of inmates are expected to appear in the coming year. They have taken lot of motivation from Raju, the inmate of Tihar jail who got a job offer of around 35,000 soon after his release from jail.

The results of UP Board this year are expected to cross the aggregate percentage of 74% for science stream, 76% for commerce stream and around 77% for the arts stream. The reason for such a good improvement In the overall performance of students in these exams is the increasing awareness and the advancement in the teaching skills in schools. Also students work hard as they get incentives like certain amount of money if they get 1st division and above. They also have the fear of being watched over by flying squads while they write their exams. So to avoid being caught and punished while cheating, they instead decide to study hard and pass the exams with success.

The pattern of UP board examination and the studies is completely different from that of the C.B.S.E pattern. The pattern of U.P board is stricter and not as flexible as the C.B.S.E patter. The students who have cleared the U.P Board are not widely accepted. They face problems in adjusting in big universities like Delhi University and Banaras Hindu University. The government has decided upon the changes in this Board, to make it more suitable. The changes are yet to b made and followed.