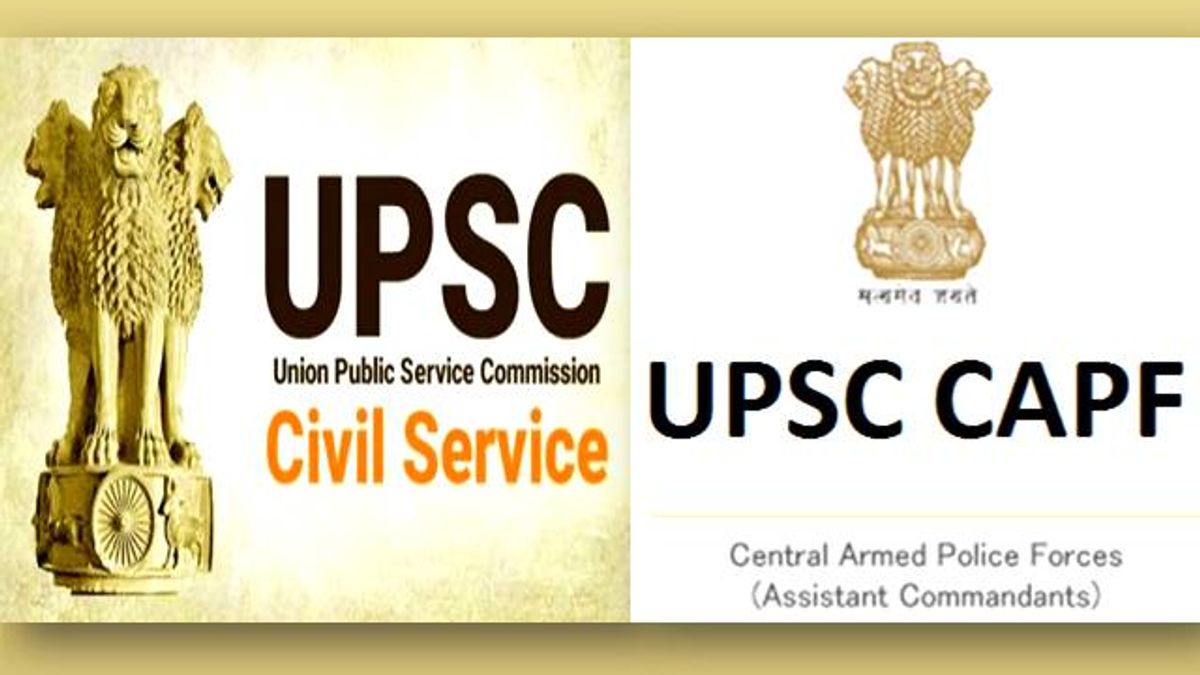 As per the media reports, the Government of India is planning to merge the UPSC CAPF Preliminary Examination with UPSC Civil Services IAS, IPS, IFS, IRS, and IRTS Prelims Exam. The Centre is in talks with CAPF Officials and a Committee consisting of Senior Officials from Home Ministry to change the UPSC CAPF Test Scheme for the recruitment of officers at entry-level under Paramilitary Forces of India.

Organised Group-A Service (OGAS) Status Given to CAPFs in 2019

On 3rd July 2019, the Union Cabinet granted Organized Group 'A' Service (OGAS) status to Group 'A' executive cadre officers of the Central Armed Police Forces (CAPF). The cabinet also extended the benefit of Non-Functional Financial Upgradation (NFFU) and Non-Functional Selection Grade (NFSG) to the executive cadre officers at a progressive rate of 30%.

The Government took this decision in response to the various petitions filed by group 'A' executive cadre officers of CAPF in the Delhi High Court for OGAS status and the benefits of NFFU and NFSG. The OGAS Status will help the Paramilitary Officers under CAPF to get better prospects for promotion, better pay scale, higher command and their deputation at par with the IPS Officers.

Get all the updates of UPSC IAS 2020 Exam

As per the sources, in December 2019, a committee comprising of the Senior Officials of Home Ministry and CAPF Departments discussed the initiative of changing the Scheme, Syllabus and Exam Pattern of UPSC CAPF Exam. Since 2003, UPSC conducts the exam every year for recruitment of Assistant Commandants (Group A) in the Central Armed Police Forces (CAPF) viz. Border Security Force (BSF), Central Reserve Police Force (CRPF), Central Industrial Security Force CISF), Indo‐Tibetan Border Police (ITBP) and Sashastra Seema Bal (SSB). The recruitment process consists of three phases – Written Exam, Physical Test and Interview. In 2019, total 323 vacancies were announced for the Assistant Commandants (Group A) Posts in CAPFS. Let’s have a look at the details of roles performed by officers in all the 5 CAPFs:

Click here to know the Eligibility for UPSC IAS 2020 Exam

BSF is largely employed for Internal Security Duties and other law and order duties on the requisition of the State Government. Being a Central Armed Police Force, it can be entrusted with policing duties at any place apart from its mandate. The major role performed by BSF: To protect the Indo-Pakistan and Indo-Bangladesh Border; To promotes the sense of security among the people living in the border areas; To prevent trans-border crimes, unauthorized entry into or exit from the territory of India; To prevent smuggling and any other illegal activities on the Border; Anti-infiltration duties and; To collect trans-border intelligence.

The major roles performed by CISF are: To provide security to various PSU’s and other important infrastructures; To protect the Government infrastructure projects and industrial units; The CISF is in charge of airport security at all commercial airports in India; Security on the Delhi Metro is handled by the Central Industrial Security Force (CISF); Besides providing protection, safety, and security to Industrial undertaking/installations, CISF also offers protection against Fire hazards; and Special Security Group (SSG) provides security cover to persons nominated by the Home Ministry.

CRPF is the largest paramilitary organisation of the country and is actively looking after the internal security of every part of India and are were even operating abroad as part of the Indian Peace Keeping Force (IPKF) and the United Nations peacekeeping missions. It is performing a variety of duties ranging from VIP security to election duties, from guarding of vital installations to the counter-Naxal operations.

ITBP is a multi-dimensional force that primarily has 5 functions: 1) To protect the border between India & China (from Ladakh to Arunachal Pradesh) Vigil on the northern borders, detection and prevention of border violations, and promotion of the sense of security among the local populace. 2) To check illegal immigration and trans-border smuggling. 3) To provide security to sensitive installations and threatened VIPs. 4) To restore and preserve order in any area in the event of disturbance. 5) To maintain peace in the assigned areas.

The major roles performed by SSB are to protect the Indo–Nepal and Indo – Bhutan borders and to prevent cross-border crimes, smuggling and other anti-national activities.

The proposal Merging of UPSC CAPF (Prelims) Exam with UPSC IAS/IFS (Prelims) Exam is still underway and it is not going to be implemented for the 2020 CAPF and Civil Services Exam. However, there are chances that this proposal might get implemented from the year 2021 onwards.