UPSC: The GS 1 of the UPSC Mains Exam includes History (India and World), Geography, Art and Culture, and Indian Society. In this article, we have provided important questions from Geography & Indian Society Section for answer writing practice. 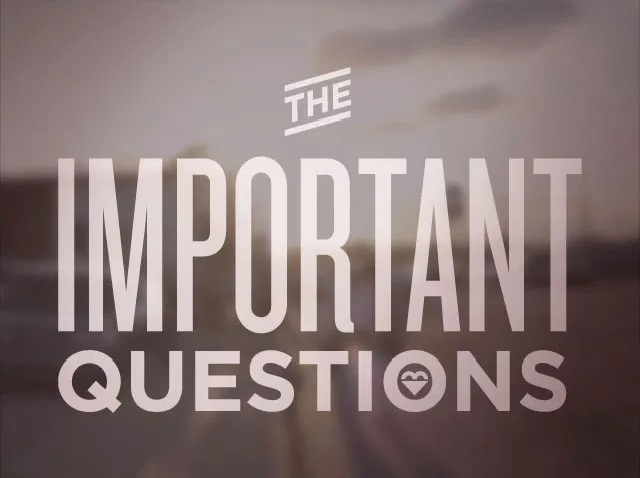 UPSC: The UPSC Mains syllabus comprises four GS Papers, Essay, and two Optional papers. All the mains papers are descriptive in nature. When you start preparing for Mains GS Paper I, it is important to understand the important topics. Knowing important topics and sections will help you to prepare that section very minutely and in between the lines so that you don't leave any questions unattempted in the exam. Another important aspect is writing speed. It is important to summarize your answers in the prescribed word limit and complete the paper within 3 hours. Candidates who are writing UPSC Civil Services Mains 2020 exams can utilize the below-given questions asked in UPSC IAS Mains exams from Geography & Indian Society Section for answer writing practice.

Ques 1: Discuss the causes of depletion of mangroves and explain their importance in maintaining coastal ecology.

Ques 2: What is water stress? How and why does it differ regionally in India?

Ques 3: How do ocean currents and water masses differ in their impacts on marine life and the coastal environment? Give suitable examples.

Ques 4: How is efficient and affordable urban mess transport key to the rapid economic development of India?

Ques 5: Can the strategy of regional resource-based manufacturing help in promoting employment in India?

Ques 6: Discuss the factors for the localization of agro-based food processing industries of North-West India.

Ques 7: How can the mountain ecosystem be restored from the negative impact of development initiatives and tourism?

Ques 1: Why is India taking keen in resources of the Arctic region?

Ques 2: What are the consequences of spreading of “Dead Zones on Marine Ecosystem?

Ques 4: What is the significance of Industrial Corridors in India?Identifying the industrial corridors, explain their main characteristics.

Ques 1: How does the cryosphere affect global climate?

Ques 2: What characteristics can be assigned to the monsoon climate that succeeds in feeding more than 50 percent of the world population residing in Monsoon Asia?

Ques 3: Account for variations in oceanic salinity and discuss its multi-dimensional effects.

Ques 4: In what way can floods be converted into a sustainable source of irrigation and all-weather inland navigation in India?

Ques 6: Petroleum refineries are not necessarily located nearer to crude oil producing areas, particularly in many of the developing countries. Explain its implications.

Ques 1: “The Himalayas are highly prone to landslides.” Discuss the causes and suggest suitable measures of mitigation.

Ques 2: Discuss the concept of air mass and explain its role in macro-climatic changes.

Ques 5: Present an account of the Indus Water Treaty and examine its ecological, economic and political implications in the context of changing bilateral relations.

Ques 6: Enumerate the problems and prospects of inland water transport in India.

Ques 7: In what way micro-watershed Development projects help in water conservation in drought-prone and semi-arid regions of India.

Ques 8: With a brief background of quality of urban life in India, introduce the objectives and strategy of the ‘Smart City Programme’.

Ques 1: Explain the factors responsible for the origin of ocean currents. How do they influence regional climates, fishing and navigation?

Ques 2: How far do you agree that the behaviour of the Indian monsoon has been changing due to humanizing landscapes? Discuss.

Ques 3: What are the economic significances of discovery of oil in Arctic Sea and its possible environmental consequences?

Ques 5: The states of Jammu and Kashmir, Himachal Pradesh and Uttarakhand arc reaching the limits of their ecological carrying capacity due to tourism. Critically evaluate.

Ques 6: Mumbai, Delhi and Kolkata are the three mega cities of the country but the air pollution is much more serious problem in Delhi as compared to the other two. Why is this so?

Ques 7: Smart cities in India cannot sustain without smart villages. Discuss this statement in the backdrop of rural urban integration.

Ques 2: What are the challenges to our cultural practices in the name of secularism?

Ques 3: Do we have cultural pockets of small India all over the nation? Elaborate with examples.

Ques 4: What are the continued challenges for women in India against time and space?

Ques 5: Are we losing our local identity for the global identity? Discuss.

Ques 2: ‘Despite the implementation of various programmes for eradication of poverty by the government in India, poverty is still existing’. Explain by giving reasons.

Ques 4: ‘Women’s movement in India has not addressed the issues of women of lower social strata.’ Substantiate your view.

Ques 5: ‘Globalisation is generally said to promote cultural homogenisation but due to this cultural specificities appear to be strengthened in the Indian society.’ Elucidate.

Ques 6: ‘Communalism arises either due to power struggle or relative deprivation.’ Argue by giving suitable illustrations.

Ques 1: In the context of the diversity of India, can it be said that the regions form cultural units rather than the States? Give reasons with examples for your viewpoint.

Ques 2: What are the two major legal initiatives by the State since Independence addressing discrimination against Scheduled Tribes(STs)?

Ques 3: The spirit of tolerance and love is not only an interesting feature of Indian society from very early times, but it is also playing an important part in the present. Elaborate.

Ques 4: The women’s questions arose in modern India as a part of the 19th century social reform movement. What are the major issues and debates concerning women in that period?

Ques 5: Distinguish between religiousness/religiosity and communalism giving one example of how the former has got transformed into the latter in independent India.

Ques 1: Has the formation of linguistic states strengthened the cause of Indian unity?

Ques 2: To what extent has globalisation influenced the core of cultural diversity in India? Explain.

Ques 3: “An essential condition to eradicate poverty is to liberate the poor from the process of deprivation.” Substantiate this statement with suitable examples.

Ques 4: Why are the tribals in India referred to as ‘the Scheduled Tribes’? Indicate the major provisions enshrined in the Constitution of India for their upliftment.

Ques 5: With a brief background of the quality of urban life in India, introduce the objectives and strategy of the ‘Smart City Programme.”

Ques 6: What is the basis of regionalism? Is it that unequal distribution of benefits of development on a regional basis eventually promotes regionalism? Substantiate your answer

Ques 1: Describe any four cultural elements of diversity in India and rate their relative significance in building a national identity.

Ques 3: How do you explain the statistics that show that the sex ratio in Tribes in India is more favourable to women than the sex ratio among Scheduled Castes?

Ques 4: Discuss the changes in the trends of labour migration within and outside India in the last four decades.

Ques 5: Discuss the positive and negative effects of globalization on women in India?

Ques 6: Debate the issue of whether and how contemporary movements for the assertion of Dalit identity work towards annihilation of caste.

Aspirants can practice writing answers for these questions and improve their answer writing skills for the UPSC mains exam. You can also download the previous years’ papers of GS I from the link provided below.