In this article find 5 questions (#56 to #60) from WBJEE 2014 Solved Physics Question Paper. This solved paper will help students in their final level of preparation for WBJEE Exam. WBJEE is a common entrance examinations held at state level for admission to the undergraduate level engineering and medical courses in the state of West Bengal.

Find WBJEE 2014 Solved Physics Question Paper – Part 12 in this article. This paper consists of 5 questions (#56 to #60) from WBJEE 2014 Physics paper. Detailed solution of these questions has been provided so that students can match their solutions.

Correct statements about photoelectric effect are:

57. A thin rod AB is held horizontally so that it can freely rotate in a vertical plane about the end A as shown in the figure. The potential energy of the rod when it hangs vertically is taken to be zero. The end B of the rod is released from rest from a horizontal position. At the instant the rod makes an angle θ with the horizontal. 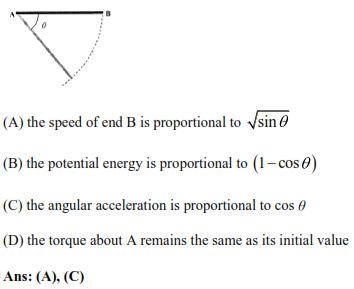 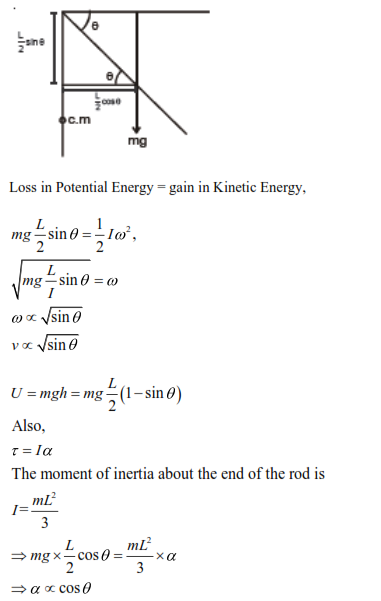 58. A stream of electrons and protons are directed towards a narrow slit in a screen (see figure). The intervening region has a uniform electric field E (vertically downwards) and a uniform magnetic field B  (out of the plane of the figure) as shown. Then

(D) electrons will always be deflected upwards irrespective of their speed

59. A heating element of resistance r is fitted inside an adiabatic cylinder which carries a frictionless piston of mass m and cross-section A as shown in diagram. The cylinder contains one mole of an ideal diatomic gas. The current flows through the element such the temp rapture rises with time t as

60. Half of the space between the plates of a parallel-plate capacitor is filled with a dielectric material of dielectric constant K. The remaining half contains air as shown in the figure. The capacitor is now given a charge Q. Then 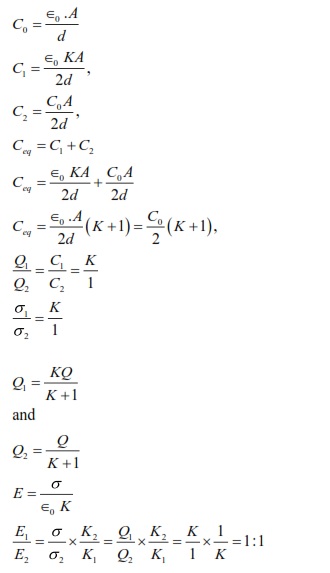