What is deemed university according to UGC? 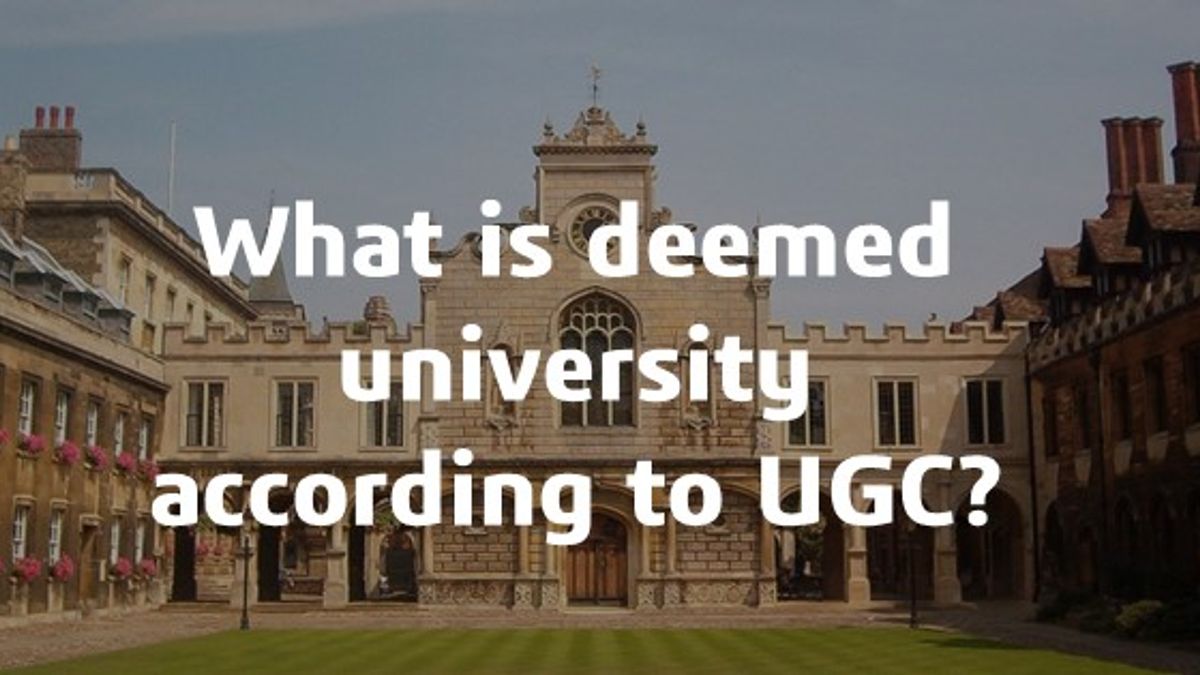 What is deemed university according to UGC?

Every year after the 12th Board exams thousands of children apply for admissions in their dream universities. While some are government institutions i.e. ‘State university’ other fall either in the category of private or have been titled deemed universities. But when it comes to choosing the right institute for building the foundations to their future do the students really consider whether the institute is a government one or a deemed university? The answer to that can be quite debatable.

However, another debate related to the same topic has been catching the attention of the medianationwide. The recent directive given by University Grants Council barring 123 deemed universities from using the word ‘university’ with their names as per the orders given by the Supreme Court. The directive brought under scrutiny some of the most esteemed institutes also, such as the IIScBangalore, BIT MESRA and even IIFT Delhi. Some of these institutes are the nation’s pride, the top ranking institutes in their field. In the recent 2017 NRIF Rankings,IISc was declared the best university in the country. It is one of those universities that have been internationally acclaimed apart from the IIT’s.

But what really is the difference between a deemed university or any state or private university for that matter?

As mentioned on the website of the Ministry of Human Resource Department (MHRD), ‘any institution of higher education, other than the universities, working at a very high standard in specific area of study, can be declared by the Central Government on the advice of the UGC as an Institution ‘Deemed-to-be-university’. Institutions that are ‘deemed-to-be-university’ enjoy academic status and privileges of a university.”

What are vocational courses and how can they help you in career?

What a university need to do in order to become a deemed university?

How to think out of the box?

What does the recent UGC notice for ‘Deemed-to-be-Universities’ mean?

The notice does come as an alarming news. All that the directive states is that the institutions drop the word university from their names. The notice has been issued to 123 such Deemed to be universities. Looking in a general sense universities are usually institutions that have a group of college affiliated to them. The universities state a common set of rules and regulations for these affiliated institutions to abide by. A deemed university on the other hand cannot have other institutes affiliated to it and has a single educational institute under its wing. For more such articles about news on college and college life for students please visit, www.jagranjosh.com/college.