What is GST and how will it affect your love life?

To the uninitiated, GST is indirect tax throughout India to replace taxes levied by the central and state governments. This bill was brought to end the different tax slabs prevalent in different states besides abolishing the cascading effects of the current tax structure. 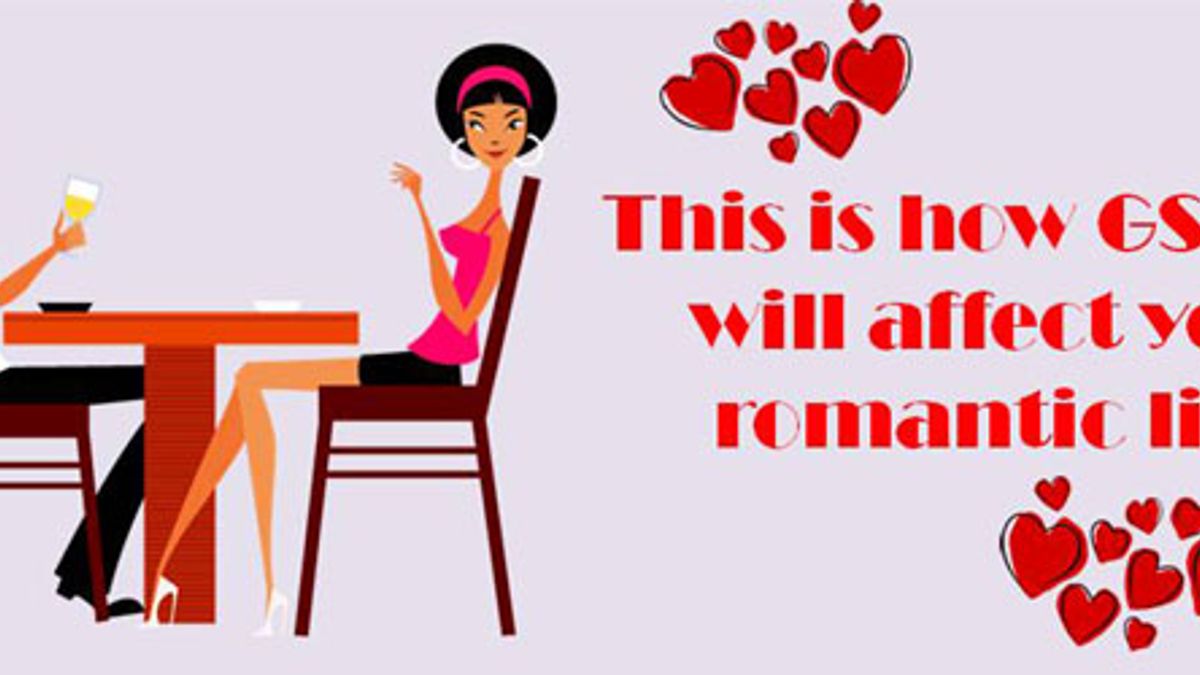 What is GST and how will it affect your love life?

If you haven't been living under a rock, you'd know that Indian government's ambitious Goods and Services Tax (GST) will be applicable across the country from midnight tomorrow. Said to be the biggest tax reform since India's independence in 1947, GST has attracted understandable debate both in and out of the Parliament. To the uninitiated, GST is indirect tax throughout India to replace taxes levied by the central and state governments. This bill was brought to end the different tax slabs prevalent in different states besides abolishing the cascading effects of the current tax structure.

In simple words, every type of commodity will be divided into a certain category and tax will be levied according to the slab for that category. For example, service tax at a certain types of restaurants will be same across India. Irrespective of whether it achieves what the government claims, it is a bold move and something which will be monitored closely.
Since the monsoons have arrived in most parts of India, giving respite from the heat and making the surroundings look so romantic, we thought it would be a good idea to discuss GST's effect on couples and their romantic lives.

Preparations for the date
The expense of grooming yourself for any kind of date will depend upon what you are going to buy. For example, shoes below Rs 500 will be taxed at 5 per cent which is less than 9.5 per cent levied before; for the range above Rs 500, a GST of 18 per cent would be levied, which is still lower than 23.1 per cent to 29.58 per cent charged before. However, other grooming products are likely to pinch the pocket a bit as the GST on them will be increased to 28 per cent from 22-26 per cent currently.

Dinner dates
If your idea of perfect night out is to spend it eating good food, and eating it at a fancy restaraunt, we have a good news for you. You will now have to pay 10 per cent less tax in five-star and luxury hotels as it has been scaled down from 28 to 18 per cent,  bringing it at par with standalone air-conditioned restaurants. GST will be inclusive service tax and value added tax (VAT) so the bills at air conditioned restaurants might also come down. VAT ranges from 12.5 per cent to 14.5 per cent depending on which state you're in, and service tax is charged at 5.6 per cent on AC restaurants. The couples who do not care too much about the ambience and frequent non-AC restaurants will have to pay more as these places will attract a 12 per cent GST, which is more than what people were made to pay before.

Movie date
The expense of watching movies will differ from state to state. In states like Uttar Pradesh and Maharashtra you will have to pay less at the multiplexes as the entertainment tax in these states is currently 60 and 45 percent respectively and will come down to 28 per cent. However the Delhi couples will have to pay 8 per cent more as the entertainment tax in the state right now is 20 per cent. Entertainment taxes in states currently range from zero to 110 per cent. The GST on movie tickets below Rs 100 will be scaled down to 18 per cent from 28 per cent, which could be an option for couples who are still in college and perpetually low on budget.

The out-of-station date
We know there is nothing better than going on a vacation with your partner to a place where you can spend a lot of time alone. For clarity, we have divide for you the major expense areas and how they will affect your pocket during such a getaway.

Air-Fare
If you are planning a romantic getaway with your partner and have chosen to fly to the destination, you will be in advantage if you are travelling on economy class as the tax incidence has been lowered from 6 per cent to 5 per cent under GST. However, if you are interested  in taking the business class, it will cost you more as the tax on the tickets will be increased from 9 to 12 per cent.

Hotel
The 18 per cent GST will be applicable on hotel rooms costing anything between Rs. 7,500 from Rs. 5,000. This tax was 21.3 earlier and the government has announced that the 3 per cent tax discount will be passed on to the customers, say sources. If it's a supremely luxury vacation that you are planning for, you will have to pay considerably more as it will be a standard 28 per cent. Further, you will not have to pay any tax for rooms costing Rs 1000 or less. Whereas for the ones between Rs 1000 and Rs 2500, it will be scaled down to 12 per cent from 19 to 25 per cent across various states.

Cabs
You will certainly be taking cabs to travel inside the city you are travelling. These will be profitable as the tax levied on cab aggregators like Ola and Uber will come down to 5 per cent from 6 per cent.

Contraception
Condoms and other forms of contraception continue to be tax free so there is a cheer for couples in that regard.

We hope you now have a better idea regarding your upcoming expenses and will plan your dates accordingly.