Why do earthworms generally clump together?

In this article you will get to know the reason that why the earthworms are generally found in the form of clumps.

Q. Why do earthworms generally clump together? 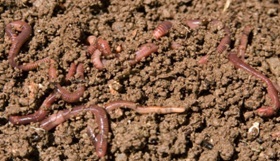 Ans.You might have often seen earthworms forming clumps of balls together in compost or when out in the open. The extensive research carried out to find the reason behind this peculiar behaviour revealed that worms actually communicate and influence each other's behaviour by making close contact with each other. They do not actually talk to each other but slide past each other and feel each other. After communication signals have been swapped, the worms then collectively move in the same direction to a safe location.