The given key initiative of Indian government regarding Young India-Vibrant India is very important for the upcoming UPSC IAS Exam. The IAS aspirants should study such important topics for IAS Exam. 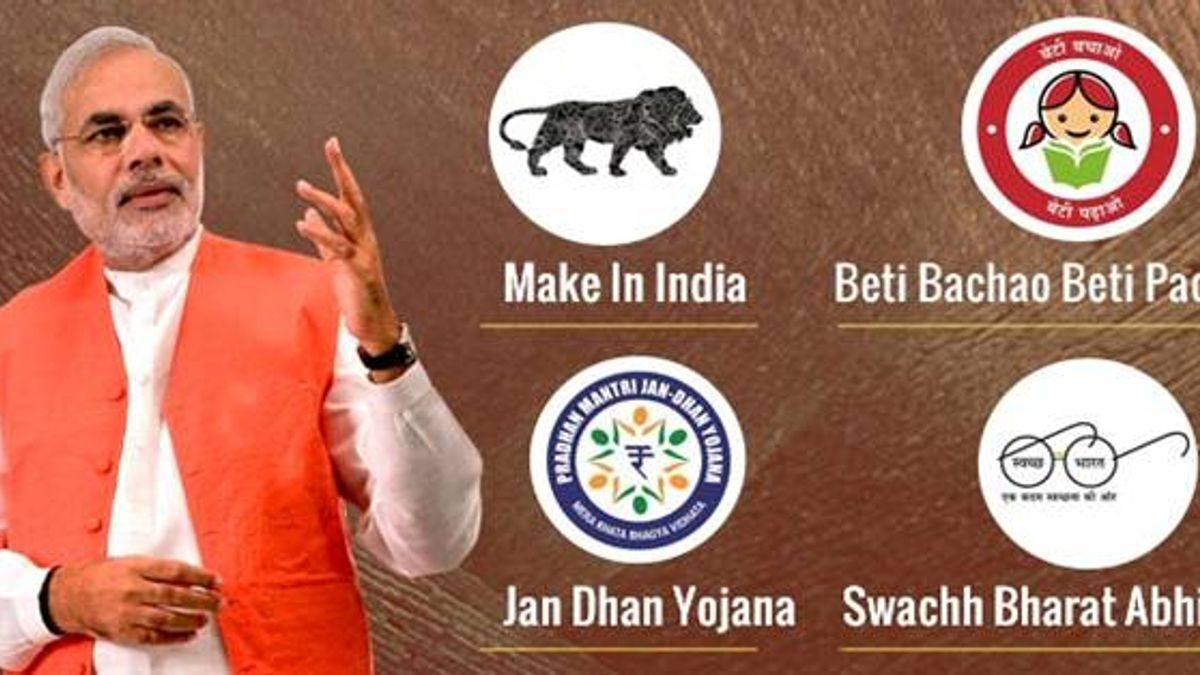 The IAS aspirant should cover all the topics of national importance and the policies of the government that are in place to make India as a better place in the world in terms of economy, socially, technologically and other means of development.

Here, we have provided the highlights of the current government’s initiatives in order to make India as a young and vibrant country of the world.

Scholarship or any financial help can play a crucial role in a life of a student belonging to the weaker sections of the society, who are unable to pursue their education for some reason or the other. Over the many decades, Indian government is continuously trying to assists financially weaker students through its flagship schemes and programs. Here are the key initiatives of the government in the last three years:

• 3.30 lakh scholarships granted to meritorious students of colleges in the last 3 years

• The total amount of scholarship given to students by UGC, AICTE and Central Government is Rs. 1273 cr

• Special scholarship to 24,200 J&K students to complete professional courses in best colleges throughout the country

• National Scholarship Portal has been created as a one-stop solution for all scholarship needs. More than 2 Crore students have registered on this portal

Stand-Up India Scheme facilitates bank loans between Rs. 10 lakh and Rs. 1 crore to at least one Schedule Caste (SC) or Schedule Tribes (ST) borrower and at least one woman borrower per bank branch for setting up a Greenfield enterprise. This enterprise may be in manufacturing, services or the trading sector. In case of non-individual enterprises at least 51% of the shareholding and controlling state should be held by either an SC/ST woman entrepreneur.

• To benefit at least 2.5 lakh entrepreneurs.

• Loans of more than 15,000 entrepreneurs approved out of which more than 80% are women.

• Startup India Movement launched on 16th January 2016 for the promotion of Entrepreneurship among youth.

• Tax relief for three consecutive years out of a block of seven years for startups.

• Startups are allowed to issue ESOPs to promoters working as employees

Start-up India, a flagship initiative of the Government of India, intended to build a strong eco-system for nurturing innovation and Start-ups in the country that will drive sustainable economic growth and generate large scale employment opportunities.

In order to meet the objectives of the scheme, the corporation has taken following initiatives:

• Transferred about 120 technologies to various entrepreneurs/ Start-ups, contributing significantly to Start Up India

• NRDC is assisting DIPP in evaluating the innovation contained in the start-up applications for recognizing start-ups and recommending the eligible start-ups for tax exemption and other benefits.

• NRDC organized a Contest for Demonstrating Innovative Prototypes for Start-Ups during the two-day NRDC annual conference on “Leveraging Innovation Ecosystem for Accelerating Start-ups”.

• Launched by PM on 8th April 2015 to promote entrepreneurial spirit among the youth.

• Easy, loans without guarantee under three categories – Shishu, Kishore and Tarun by the banks.

Skill building is the basic and foremost step that would eventually lead to the success of Make in India.  With this concept, the Corporation has taken up various activities for the upgradation of the skill set, especially of the rural masses and Northeastern territories.

The programme aims to reduce the drudgery of people in their daily lives belonging to rural and backward areas of the country, facilitate new avenues of employment generation and income generating activities through S & T intervention.

NRDC has conducted over 100 EDP/ Skill Development programs in the North Eastern States and other backward regions on coir, sericulture, dairy, pottery, sanitation and agri & food processing clusters to improve the livelihood of the rural population. More than 200 units set-up by trainees and thus creating employment for others as well.

The Corporation also conducts IPR seminars/ workshops/training programs.  This activity creates awareness about the protection of inventions and also helps inventors and researchers to have the first-hand insight into the patent protection procedures, infringement, valuation and commercialization of patents.

• 6.01 lakh training to be implemented through state/UTs by March’18

• Women constitute approx. 50% of all enrolled candidates under PMKVY

Skill Acquisition and Knowledge Awareness for Livelihood Promotion program (SANKALP) to be launched at a cost of Rs.4000 crores. SANKALP will provide market relevant training to 3.5 crore youth

• In order to encourage entrepreneurship among youth, the scheme was launched on 9th November 2016.

• The scheme aims at creating a culture of Entrepreneurship amongst youth by motivating, educating and equipping them with basics skills of entrepreneurship.

• The scheme will be launched in 2200 Institutes of Higher Learning (colleges/universities/polytechnics), 300 schools, 500 ITI’s and 50 Entrepreneurship Development Centres (EDCs).

• The entrepreneurship education will be provided along with the formal education courses through Facilitated Blended Model, which is a combination of e-Learning and Classroom teaching.

• The course curriculum is based on experiential learning and emphasises on Learning by Doing.

• E Cell is an important component of the scheme which builds entrepreneurial capabilities in the students by virtue of exposing them to the real-life situations.

• New Scheme launched in Dec. 2014, to develop leadership qualities among the youth, with 5 following components and is implemented through Nehru Yuva Kendra Sangathan.

• First Sports University to be opened in Manipur.

• Task force for preparations for next 3 Olympic Games