The damselfly was named after Attenborough for his long-standing appreciation of dragonflies and to celebrate his 90th birthday. 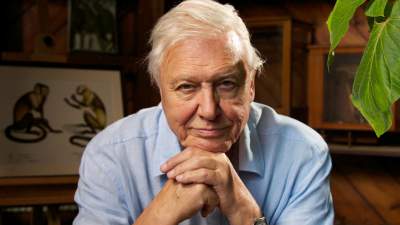 This damselfly species belongs to a group known as shadowdamsels and has been named as Mesosticta davidattenboroughi.

The damselfly was named after Attenborough for his long-standing appreciation of dragonflies and to celebrate his 90th birthday.

With this, Mesosticta davidattenboroughi joins a long list of animals which have been named after Sir David Attenborough a carnivorous plant, a butterfly, a tiny spider, a Peruvian frog and a Namibian lizard.

Key Highlights
• The discovery of this 100 million year old damselfly species was notified in the Journal of Systematic Palaeontology. The damselfly was found in the Hukawng Valley of Kachin Province in Myanmar.
• The fossil of Mesosticta davidattenboroughi was found in a piece of mid-Cretaceous Burmese amber.
• The fossil itself is extremely well preserved as it is covered in yellow transparent amber and includes a complete set of wings.
• It is the first fossil group of modern platystictid damselflies and documents the appearance of Platystictidae as early as mid-Cretaceous.