15th Finance Commission constituted under the chairmanship of NK Singh 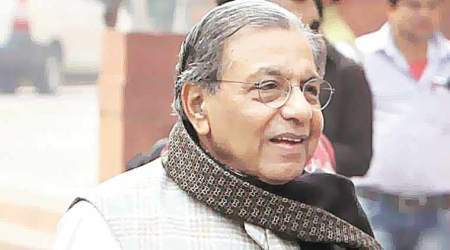 The Union Government on 27 November 2017 constituted Fifteenth Finance Commission under the chairmanship of former bureaucrat NK Singh. The Commission will make recommendations for five years commencing on 1 April 2020.

Constituted under clause (1) of article 280 of the Indian Constitution, the commission came into force with the approval President Ram Nath Kovind.

The other members of the 15th Finance Commission are Shaktikanta Das, former Secretary to Union Government and Anoop Singh, Adjunct Professor at Georgetown University.

The Commission will submit its report by 30 October 2019.

Terms of Reference of 15th Finance Commission
• It will make recommendations on the distribution of net proceeds of taxes between Centre and States.
• It will recommend the principles which will govern the grants-in-aid of the revenues of the States out of the Consolidated Fund of India.
• It will recommend measures needed to augment the Consolidated Fund of a State to supplement the resources of the Panchayats and Municipalities on the basis of the recommendations made by the State Finance Commission.
• It will review the current status of the finance, deficit, debt levels, cash balances and fiscal discipline efforts of the Centre and the States and recommend a fiscal consolidation roadmap for sound fiscal management.
• It will look at the resources of the Central Government and the State Governments for the five years commencing on 1 April 2020 on the basis of the levels of tax and the non-tax revenues.
• It will look at the impact of GST, including payment of compensation for possible loss of revenues for 5 years and abolition of a number of cesses and other structural reforms programme on the finances of Centre and States.
• It may review the present arrangements on financing Disaster Management initiatives, with reference to the funds constituted under the Disaster Management Act, 2005 and make appropriate recommendations thereon.
• It will indicate the basis on which it has arrived at its findings and make available the State wise estimates of receipts and expenditure.
• The Commission can also use the population data of 2011 while making its recommendations.

Cabinet approves setting up of the 15th Finance Commission