On 21 August 2017, the people of the United States would be witness to a complete eclipse of the sun, a spectacle that would be visible exclusively in the US. 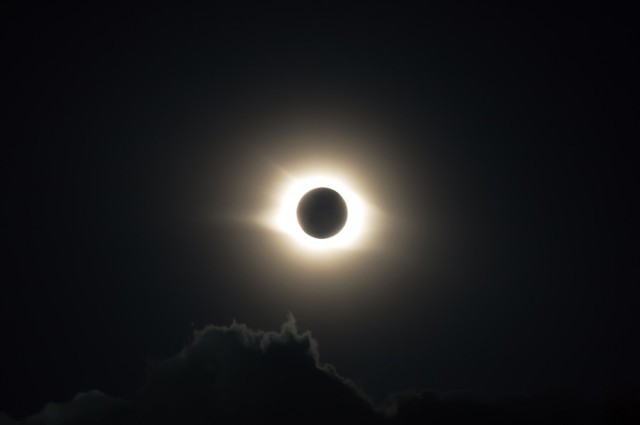 On 21 August 2017, the people of the United States would be witness to a complete eclipse of the sun, a spectacle that would be visible exclusively in the US, the first time ever since the country gained its independence in 1776.

The total solar eclipse would sweep across the nation starting from Oregon on the west coast and ending at South Carolina on the east coast.

The last time an eclipse travelled across the entire country was in 1918. Scientists hope that their studies of this celestial event will lead to important discoveries about the sun’s mysterious corona, which burns more than a million degrees hotter than the sun’s surface.

The event would lead some states in the United States to be plunged into darkness for about 1-2 minutes. The eclipse’s longest point of duration would be near a small town called Makanda, Illinois that has a population of about 600.

Those who would be able to see at least a partial solar eclipse, where the moon covers only a part of the sun, include everyone living in North America, parts of South America, Africa and Europe including the UK

What is a solar eclipse?

• A solar eclipse occurs when the moon moves between the sun and Earth, blocking the sunlight and casting a shadow onto Earth. There are four main types of solar eclipses: partial, annular, total and hybrid.

• A total solar eclipse is when the moon moves between the sun and Earth, lasting for up to about three hours from beginning to end.

• The Moon's diameter appears to be the same size as that of our star and so blocks out its light. A giant shadow cast by this occultation then races across the surface of the Earth, plunging locations into darkness for a couple of minutes or more.

• Total solar eclipses occur once every 12 to 18 months while partial solar eclipses, when the moon blocks only part of the sun, occur more frequently, though visibility varies.