Aarey forest controversy: What is it all about?

Aarey protest: The Supreme Court hit out at the Maharashtra state government saying that no more trees should be cut in Aarey colony. 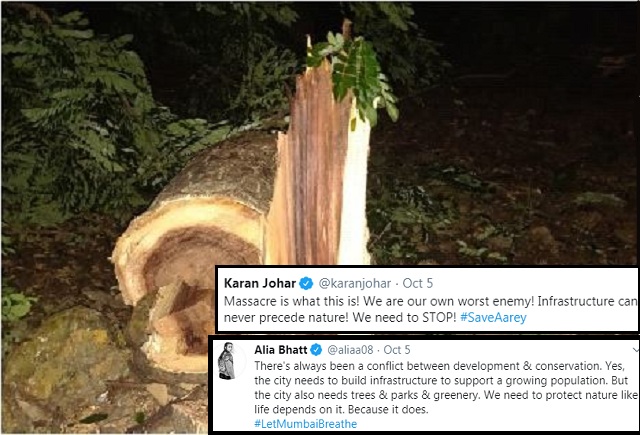 Aarey protest: While hearing the Aarey forest petitions, the Supreme Court directed that no more trees should be cut in the colony. The court also ordered the Mumbai police to release all activists who were arrested in the last two days.

The Supreme Court recorded an undertaking by the Maharashtra state government, in which it assured that no more trees will be felled in Aarey. The Supreme Court observed that “it appears that Aarey was some kind of forest at some time,” taking note of the 2012 Management plan for the Sanjay Gandhi National Park, which describes Aarey as an unclassified forest.

The Supreme Court further hit sharply at the Maharashtra state government, asking “Tell us how many saplings you planted. How have they grown? What's the status of your forests?" The apex court’s question came after the Mumbai Metro claimed that it had planted around 24000 saplings to replace the trees it had cut. The top court asked the state to produce a compulsory afforestation report.

Also read: Amazon Rainforest fire: Cause, impact, everything you need to know 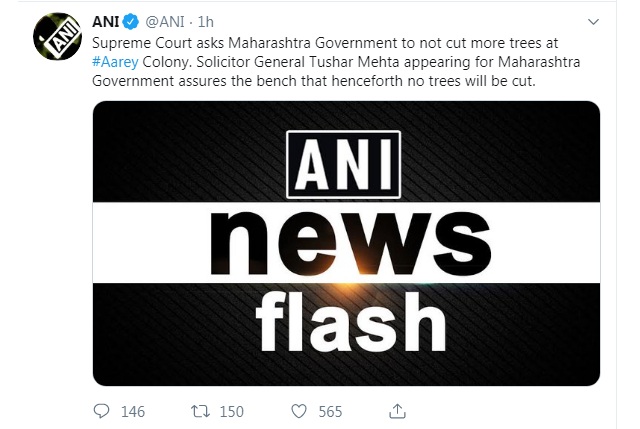 Solicitor General Tushar Mehta appearing on behalf of the Maharashtra state government stated that the MMRCL has already cut the required number of trees to build the metro car shed.  The Supreme Court then issued directions to the state government to maintain its status quo till the next hearing on October 21.

The hearing was being conducted by a special bench of the Supreme Court comprising Justices Arun Mishra and Ashok Bhushan, as the SC judges are on vacation from October 7 to 12 for Dussehra. The Supreme Court had a day earlier agreed to hold a special sitting on the matter after it converted the representation by some law students into public interest litigation. The Aarey forest petitions demanded a stay on the felling of trees in Mumbai’s Aarey colony.

Aarey protests: How did they begin?

The Aarey colony protests began on October 5, 2019 after the Bombay High Court allowed the Mumbai Metro to cut nearly 2,500 trees to build a car shed for the Mumbai Metro. The Mumbai Metro Rail Corporation (MMRCL) began to cut down trees in the area merely hours after the HC order, a move that faced resistance from citizens and environmental activists. The Mumbai police arrested close to 29 people on charges of allegedly obstructing and assaulting police personnel.

Many people took to social media to express their support with the activists protesting in the Aarey colony, including several celebrities such as Alia Bhatt, Dia Mirza, Madhuri Dixit, Farhan Akhtar, Varun Dhawan, Karan Johar and Swara Bhasker. 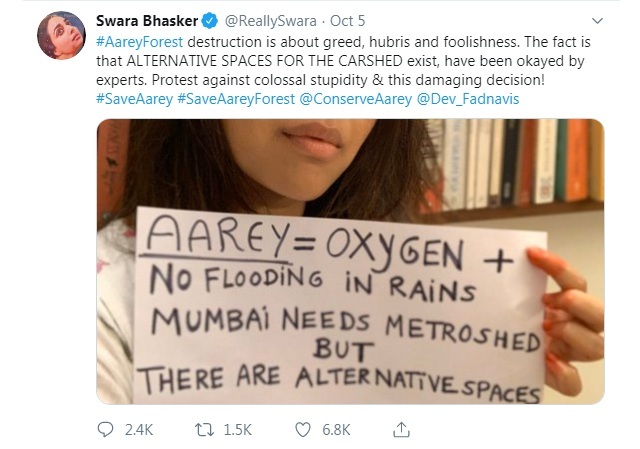 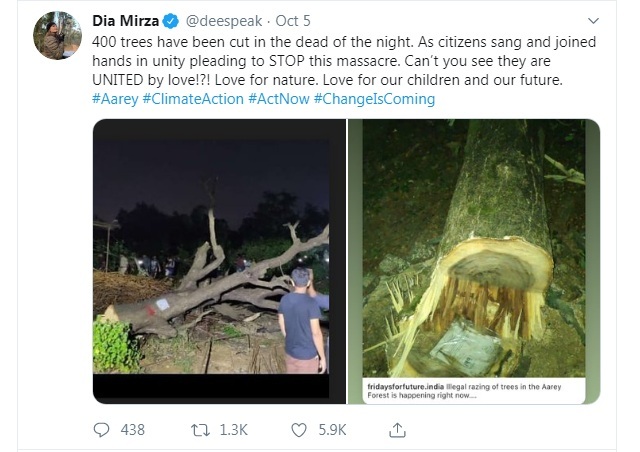 IPC’s Section 144, which was imposed in the Aarey colony, was lifted ahead of the special hearing by the Supreme Court and later re-imposed.

MMRCL’s MD, Ashwini Bhide, justified the cutting of trees in the Aarey colony by tweeting that the destruction was necessary to pave the way for new life and creation.

Ashwini Bhide’s tweet came after the MMRCL claimed through a video that it has planted around 24,000 trees to make up for the destruction of the green patch in Aarey. 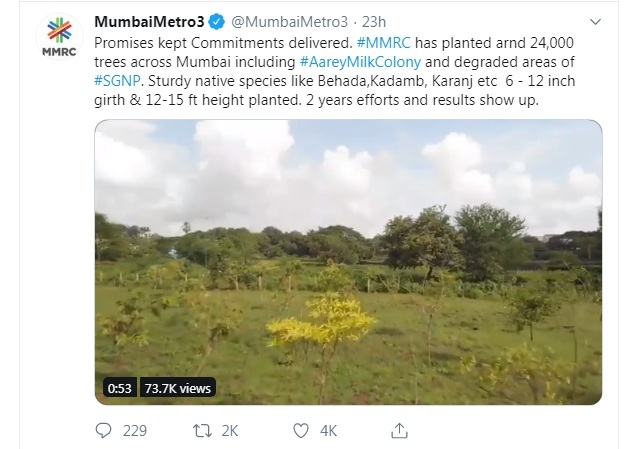 Also read: UNCCD COP14: What is it and why is it relevant?