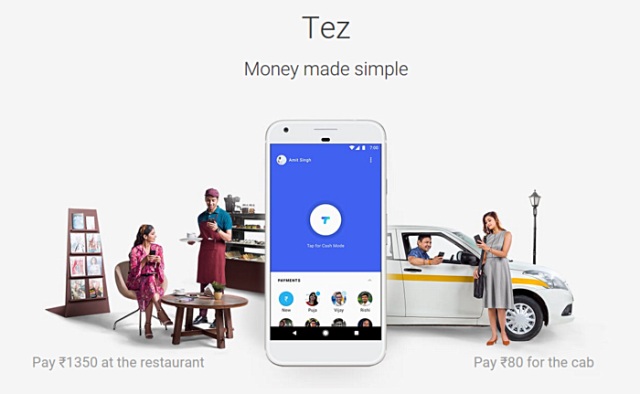 With this move, the search giant has become the latest international giant to enter the fast-growing digital payments space in India.

Speaking on the occasion, Arun Jaitley said, Google team saw great potential in the remonetisation period after the demonetization. The minister stated that the need for finding an alternative to cash was never at centre stage in India's economic agenda.

He further expressed confidence that what had started as a compulsion for digitisation post-demonetisation will soon turn into convenience with the launch of Tez.

• The Google payment App is powered by UPI, a payments protocol built by the Government-backed National Payments Corporation of India (NPCI).

• The Finance Minister himself conducted the first transaction on the app.

The app’s launch puts it in direct competition with the popular mobile wallet provider in India, Paytm, which is backed by Softbank and Alibaba.