The 2020 edition of the Asia Cup has been rescheduled several times due to COVID-19. Initially, the Asia Cup tournament was supposed to be played in September 2020 then it was postponed to June 2021. 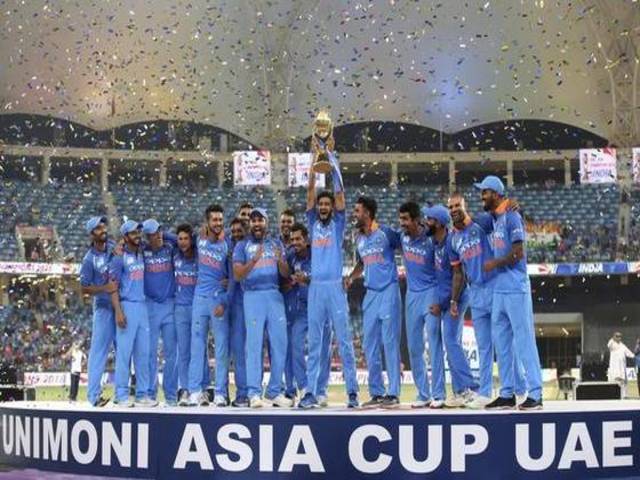 The Asia Cup T20 that was rescheduled to be held in June 2021 in Sri Lanka has now been postponed indefinitely due to COVID-19, informed Ashely de Silva, the Sri Lanka Cricket Chief Executive on May 19, 2021.

The 2020 edition of the Asia Cup has been rescheduled several times due to COVID-19. Initially, the Asia Cup tournament was supposed to be played in September 2020 then it was postponed to June 2021.

Originally, Pakistan was supposed to host the tournament in 2020 for which the country had the hosting rights, however, the hosting rights were exchanged with Sri Lanka due to security reasons after the postponement.

Silva further said that the tournament is now likely to be held only after the 2023 ICC 50-over World Cup. An official statement from the Asian Cricket Council is awaited.

Last, the Asia Cup was played in 2016 (in Bangladesh) and then in 2018 (the UAE) where India won both the editions of the tournament. India has won the Asia Cup title seven times and is deemed the most successful team to play at the Asia Cup, followed by Sri Lanka.

What is Asia Cup?

•The Asia Cup, established in 1983 by the Asian Cricket Council, is a men’s One Day International and Twenty20 International cricket tournament.

•The first Asia Cup was played in 1984 in the UAE. It is the only continental championship in Cricket. It is played every two years alternating between ODI and T20 formats.

•India has won seven titles of the Asia Cup, one T20 format and six ODI formats, and is deemed the most successful team in the Asia Cup.