Asteroid Florence to pass safely by Earth on 1 September: NASA

Asteroid Florence, which is one of the largest near-Earth asteroids, will pass safely by Earth on 1 September 2017 in its closest ever encounter with the planet. 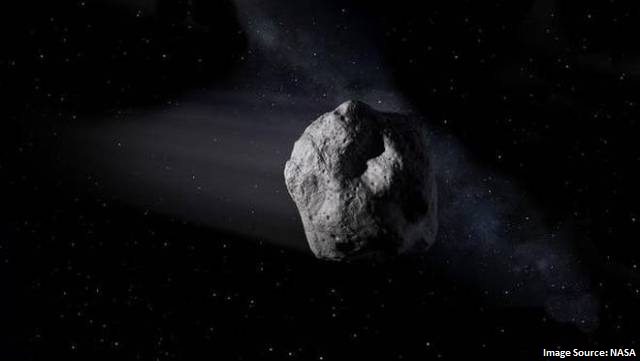 Asteroid Florence to pass safely by Earth on 1 September

Asteroid Florence, which is one of the largest near-Earth asteroids, will pass safely by Earth on 1 September 2017 at a distance of seven million kilometres.

According to the measurements from NASA's Spitzer Space Telescope and NEOWISE mission, the asteroid is about 4.4 kilometres in size.

• The asteroid is the largest one to pass by our planet this close since the initiation of the NASA programme to detect and track near-Earth asteroids.

• While many known asteroids have passed by closer to Earth than Florence will, they were all estimated to be smaller.

• The close encounter will provide an opportunity to the scientists to study the terrestrial body up close.

• The asteroid is expected to be an excellent target for ground-based radar observations.

• The resulting radar images will show the real size of Florence and it could also reveal surface details as small as about 10 metres.

The asteroid was discovered by Schelte Bus at Siding Spring Observatory in Australia in March 1981.

It is named in the honour of Florence Nightingale, the founder of modern nursing.

This year's encounter is the closest by the asteroid since 1890 and the closest it will ever be until after 2500.