The Free Trade Agreement between the UK and Australia will eliminate the tariff deals on UK goods and will also boost jobs and businesses. 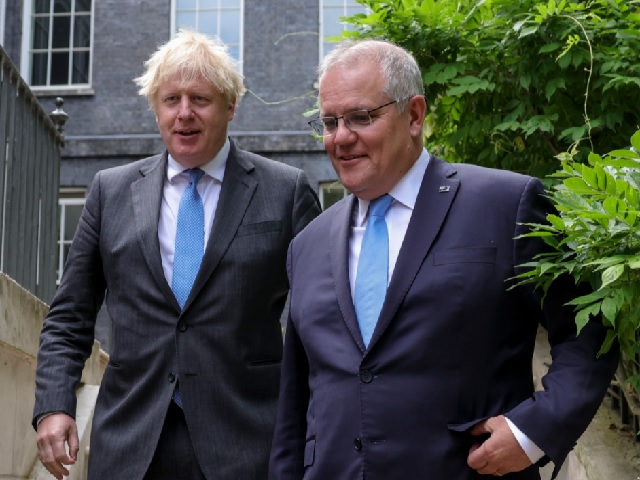 The Prime Minister of Britain Boris Johnson and his Australian counterpart Scott Morrison have mutually agreed on a historic Free Trade Agreement (FTA). It will make it cheaper for the United Kingdom to sell its cars and scotch whisky Down Under, and remove barriers for business.

The Two leaders agreed on the main elements of the deal at a meeting in Downing Street on June 14, 2021, with a final ‘Agreement in Principle’ to be published in the coming days.

The Free Trade Agreement with Australia has also been dubbed as a gateway into the fast-growing Indo-Pacific region, which also includes India.

The deal with Australia is also the first major trade deal that has been negotiated from the scratch by the Johnson-led government since the UK left the European Union and was free to negotiate its own agreements.

A new dawn in the UK’s relationship with Australia: UK PM

The British Prime Minister Boris Johnson while talking about the agreement stated that it marks a new dawn in UK’s relationship with Australia, underpinned by shared history and common values.

He added that the new FTA opens fantastic opportunities for British businesses and consumers, as well as young individuals who want the chance to work and live on the other side of the world.

This is global Britain at its best- striking deals that will deepen the alliances and help in ensuring that every part of the country builds back better from the pandemic.

• The Free Trade Agreement will eliminate the tariff deals on UK goods and will also boost jobs and businesses.

• As per the UK trade officials, the trade agreement means that iconic British products such as Scotch whisky, cars, biscuits, and ceramics will be cheaper to sell in Australia. It will further boost UK industries which employ 3.5 million people.

• The FTA also means that the Britishers under the age of 35 will able to travel and work in Australia more freely and vice versa.

• Under the agreement, the British government hopes that the red tape and bureaucracy will be torn down for more than 13,000 small and medium-sized businesses across Britain who already export goods to Australia, with quicker export times.

The UK International Trade Secretary, Liz Truss said that the latest FTA with Australia paves the way for England to join the Trans-Pacific Partnership. It is a 9 trillion pounds free trade area home to some of the biggest consumer markets of present and future.

She added that the membership will also create unheralded opportunities for the country’s farmers, innovators, makers, and investors to do business in the future engine room of the global economy.

With reference to the farming industry of the UK, which has been concerned about the greater Australian imports, the government assured that the British farmers will be protected by a cap on tariff-free imports for 15 years.

The Agricultural producers will also be supported to increase their exports overseas, which will include new markets in Indo-Pacific.

As per Downing Street, the trade relationship between UK and Australia was worth 13.9 billion pounds in 2020 and is set to grow under the new deal.

Britain, according to the official statistics, was Australia’s largest trading partner in 2019. While in 2020, it was the third-largest investor in Australia and the second-largest recipient of Australian Foreign Direct Investment (FDI).