Avian Botulism behind death of 18,000 migratory birds at Sambhar Lake

Avian Botulism has been found as the cause of the death of birds in Sambhar Lake as per the information released by CM Ashok Gehlot. 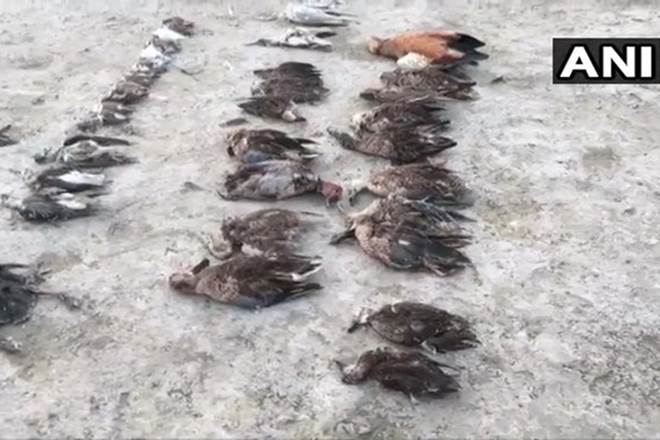 The Chief Minister of Rajasthan Ashok Gehlot also confirmed the report. He said that the Bareilly report has arrived, Avian Botulism has been found as the cause of the death of birds in Sambhar Lake.

Migratory Birds in the country are continuously dying. As per the official death toll of birds in Sambhar Lake, it had crossed 18,000 deaths. However, after the High Court took cognizance, the government which came into action has said that it is currently under control.

This time the Sambhar region witnessed heavy rain that filled its lake other water bodies with water completely. Gradually, the water decreased, the salinity increased on the shores. In the shallow water, the microscopic organisms began to become poisonous due to Maggots worms. Crustaceans, invertebrates, planktons made the situation worse. Avian botulism caused the birds to breathe. The bodies kept rotting, but no one cared. There were Magguts worms in the dead bodies, which increased the number of deaths of birds after eating these worms.

Chief Minister Ashok Gehlot reviewed the case of birds’ deaths in Sambhar Lake. The Chief Minister took information from the officials about the situation and directed that effective steps should be taken by the concerned authorities. Also, dead bodies of birds should be disposed of in a scientific manner so that no possibility of spreading any kind of infection remained.