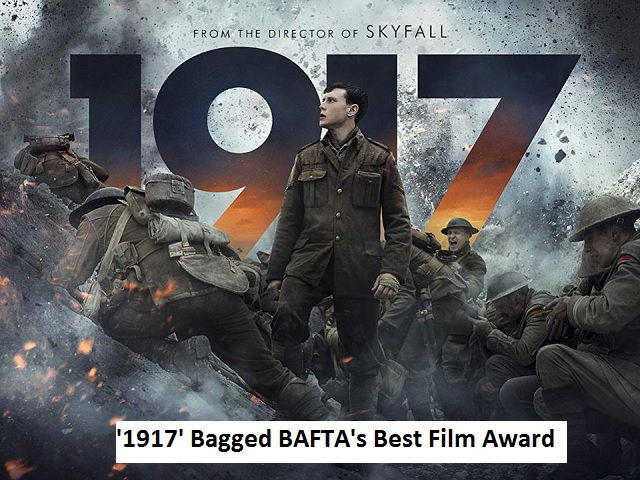 BAFTA 2020 in News: The British Academy Film and Television Arts Awards (BAFTA) ceremony held at the Royal Albert Hall, London February 03, 2020. This event honored the best national and international films of the year 2019.

‘1917’ is a British film, directed, produced and written by Sam Mendes. It is based on the situations of World War-I. Earlier, ‘1917’ won the 77th Golden Globe for Best Dramatic Motion Picture award.

The British Academy Film and Television Awards is also known as BAFTA. It is an annual award function organized by the British Academy of Film and Television Arts. It is believed that BAFTA awards are equivalent to the US Oscar Awards. It has been held at the Royal Opera House in London since 2008. It was founded by a group of directors Carol Reed, Roger Manvell, David Lean, Michael Powell, Laurence Olivier and other major directors of the British film industry.