Ballon d'Or is given by France Football Magazine. Lionel Messi has won this title for record sixth time. 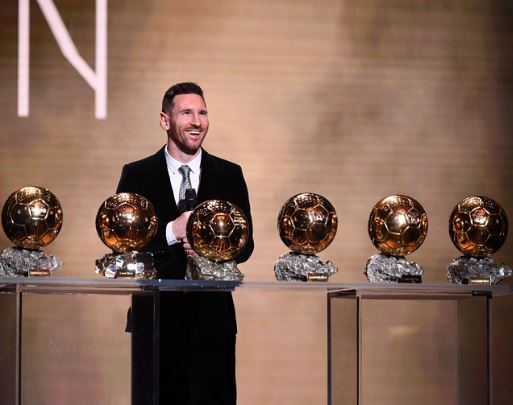 Megan Rapinoe won this award in the women category. Messi, who could not make it to the top three last time, won the award after four years. Cristiano Ronaldo of Portugal has won this award five times.

Ballon d'Or 2019
• Lionel Messi won this award after four years. In 2018, the title was won by Real Madrid and Luka Modric of Croatia.
• Messi has scored 46 goals in 53 matches. However, last year, he scored 36 goals in 34 matches and also became champion of his club.
• A total of 30 players were nominated for the Ballon d'Or awards.
• This award is given by France Football Magazine. They choose the winner on the basis of votes of 180 journalists in the world.

American player Rapinoe has become the second female player to win the Ballon d'Or award twice. Norway's Ada Hägerberg has done this before her. America managed to win the Football World Cup for the second time in July this year thanks to Rapinoe. She scored the first goal of the match in the 2–0 win against the Netherlands in the final. She also won Golden Boot and Golden Ball awards for her performance in the tournament.

About Lionel Messi
• Lionel Messi won this award four times in a row from 2009 to 2012, while he was awarded the title for the last time in 2015.
• In 2019, Messi has won titles such as Golden Shoe, FIFA Best Player of the Year, Best Player Award in La Liga and UEFA Forward of the Year.
• Lionel Andrés Messi (born 24 June 1987) is an Argentinian football player. He is considered one of the best football players of his generation.
• He is compared to the legendary football legend Diego Maradona because of his playing style and ability.
• Messi plays for Barcelona in the Spanish Football League 'La Liga'.