Beating Retreat Ceremony 2022: The 10-minute drone show lit up the sky in various patterns including India's map, the Tricolour, the lion symbol and Mahatma Gandhi's image.

The Beating Retreat Ceremony marked the culmination of the Republic Day celebrations 2022. This year, the ceremony was conducted at a grand scale to celebrate 75 years of Independence, which is being celebrated as ‘Azadi ka Amrit Mahotsav’. 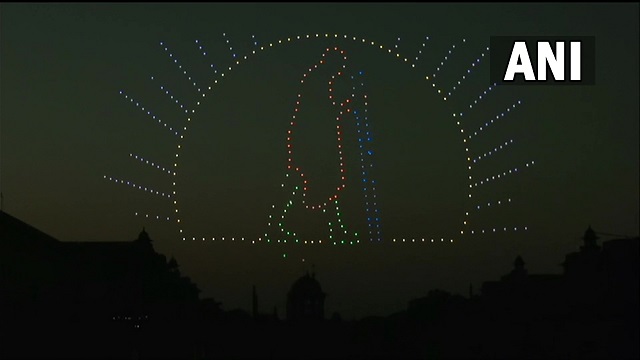 The drone show was one of the major highlights of the Beating Retreat 2022 celebrations. The show involved over 1000 'Make in India' drones, fabricated through indigenous technology with synchronised music playing in the background.

The drones lit up the sky in various patterns including India's map, the lion symbol, the Tricolour and Mahatma Gandhi's image. Prior to the show, a laser projection narrated India's freedom struggle and its journey after Independence. 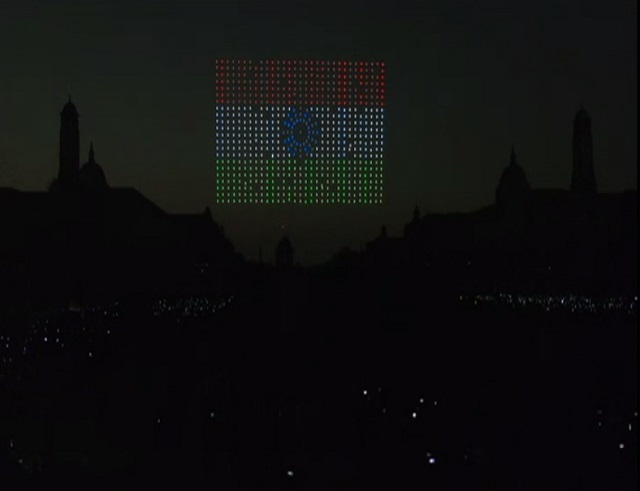 The 10-minute drone show was organised by a startup 'Botlab Dynamics' and supported by the Indian Institute of Technology (IIT) Delhi and the Department of Science and Technology. The drone show was conceptualised, designed, produced and choreographed under the 'Make in India' initiative.

There were a total of 26 performances in the Beating Retreat 2022 with music played by bands of the Indian Army, Air Force, Navy and Central Armed Police Forces (CAPF).

Several new tunes were added to the Beating the Retreat Ceremony 2022 to celebrate ‘Azadi ka Amrit Mahotsav’ including 'Hind ki Sena', ‘Kerala’ and ‘Ae Mere WatanKe Logon’. The musical performances were brought to an end with the tune of ‘Sare Jahan se Acha’.

The Beating Retreat 2022 ceremony was graced by the President and Supreme Commander of the Armed Forces, Ram Nath Kovind. Prime Minister Narendra Modi was present at the ceremony along with other dignitaries including Union Ministers such as Defence Minister Rajnath Singh.

The Beating the Retreat ceremony is a centuries-old military tradition, dating back to when troops disengaged from the battle at sunset. Drums played a vital role to direct the troops to put down their weapons for the day and withdraw from battle. Flags were lowered at retreats. The custom is followed even now. Another custom that has been retained is standing still during the sounding of retreat.

The Beating Retreat Ceremony was conducted for the first time in India during the early 1950s when Queen Elizabeth II and Prince Philip visited post-Independence India for the first time. Major Roberts of the Indian Army was tasked by the then PM Jawaharlal Nehru to arrange something unique for the Queen’s visit.

It was then that Major RoberTs had the idea of a Beating Retreat ceremony by the armed forces and their associated bands and ever since then, the ceremony has become an inseparable part of India's Republic Day celebrations.