In April 2021, Bharat Biotech said that COVAXIN has shown the efficacy of 78% against mild, moderate, and severe COVID-19 infections, as per the Phase 3 interim analysis results. 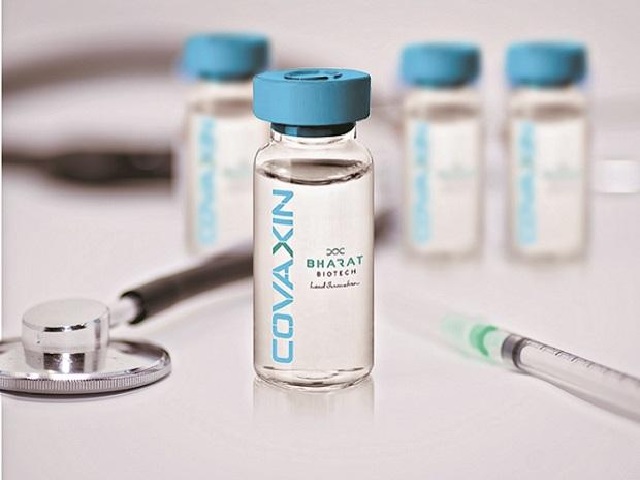 Amid the concerns over the efficacy of Bharat Biotech’s COVAXIN, the manufacturer of made in India vaccine has submitted the phase 3 trial data to the Drug Controller General of India (DGCI).

The Subject Expert Committee (SEC) of the drug regulator is expected to meet around noon on June 22, 2021, to discuss the results. The data by Bharat Biotech has not yet been fully published in a recognized, peer-reviewed journal.

Bharat Biotech’s COVAXIN, India’s only indigenously developed COVID-19 vaccine, is among the three vaccines that have been approved to be administered in India to inoculate people against the infection. The other two approved vaccines are- Covishield and Russia’s Sputnik V.

In April 2021, Bharat Biotech said that COVAXIN has shown the efficacy of 78% against mild, moderate, and severe COVID-19 infections, as per the Phase 3 interim analysis results.

COVAXIN: What did the first interim analysis of phase III results indicate?

Bharat Biotech had released the first interim analysis of phase III results of COVAXIN. The data had indicated 81% interim efficacy in preventing COVID-19 infection in those without prior infection after the second dose.

The phase 3 clinical trial data had also shown a 100% reduction in chances of hospitalization in case of infection.

Why Bharat Biotech has come under criticism?

The Indian vaccine maker has been under sharp criticism over the delay in releasing the data of phase 3 clinical trials of COVID vaccine. COVAXIN was approved by DGCI for the restricted emergency use in India in January 2021 based on its phase 1 and 2 clinical trial data.

However, recently, an early study has shown that the Covishield vaccine produces more antibodies against COVID-19 infection than COVAXIN.

The study further claims that after two shots of the vaccines, 98% of recipients of Covishield have shown antibody response, while the same was 80% among COVAXIN recipients.

The Hyderabad-based vaccine manufacturer has downplayed the study and stated that the preliminary research has 'a lot of flaws’ and was held on an ad hoc basis. It further added that the study was not peer-reviewed and was also not scientifically designed.

Bharat Biotech’s pre-submission meeting with WHO:

Bharat Biotech is also expected to hold a pre-submission meeting with the World Health Organisation (WHO) on June 23, 2021. The meeting will be for an international Emergency Use Listing (EUL) of its vaccine.

It will also provide an opportunity to receive guidance from WHO authorities before the final submission.

The EUL from the global health body will allow Bharat Biotech to export COVAXIN and will also enable easier international travel for the Indian citizens who have been vaccinated with COVAXIN, which is not yet recognized as a valid vaccine by foreign governments.

The Made in India vaccine was cleared for emergency use in 2020 while it was still in the clinical trials. It was developed by Bharat Biotech in collaboration with the Indian Council of Medical Research (ICMR).

The vaccine was given the restricted use in an emergency situation in the public interest, which raised a lot of questions. It is also said to have contributed to the vaccine hesitancy that marked the early stages of India’s vaccination drive.