The first phase of the national optic fibre network, also known as Bharat Net project, is expected to be completed by December 2017.  The project was launched in October 2011 to provide broadband connectivity to all 2.5 Lakh Gram Panchayats. 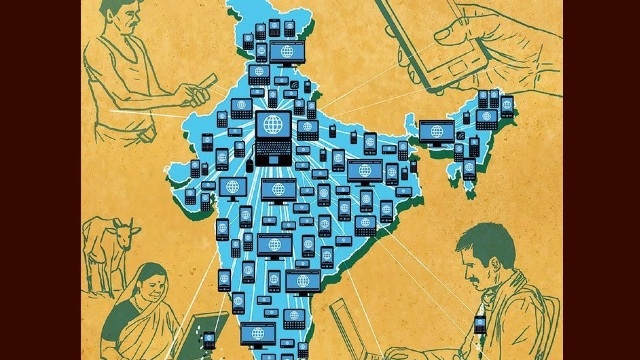 The first phase of the national optic fibre network, also known as Bharat Net project, is expected to be completed by December 2017.

The information was shared by Aruna Sundararajan, Secretary, Department of Telecommunications, while she was speaking at the fourth edition of ‘i-Bharat 2017’ conference, which was organised in New Delhi by FICCI in association with the ministry of electronics and information technology. The theme of the conference was ‘ICT Elucidations for Unserved and Unsolved’.

Speaking on the same, Sundararajan said that so far, Bharat Net has reached 83,000 gram panchayats. She further added that it is imperative to create a fibre-first programme where the government, as well as private sector, can join hands to achieve the objective of doubling the reach of telecom fibre network in the country by 2020.

• It was launched in October 2011 to provide broadband connectivity to all 2.5 Lakh Gram Panchayats.

• The primary objective of the project is to extend the existing optical fibre network up to Panchayat level.

• The government has planned to make this network available to telecom service providers and as a highway for transmission of voice, data and video in rural areas.
Funding

• The entire project is being funded by Universal service Obligation Fund (USOF), which was set up for improving telecom services in rural and remote areas of the country.

• The objective is to facilitate the delivery of e-governance, e-health, e-education, e-banking, Internet and other services to the rural India.

The project is a Centre-State collaborative project, with the States contributing free ‘Rights of Way’ for establishing the Optical Fibre Network.  The project would be implemented in three phases:

- The second phase will provide connectivity to all 2, 50,500 Gram Panchayats in the country using an optimal mix of underground fibre, fibre over power lines, radio and satellite media. It is to be completed by December 2018.

- In the third phase from 2018 to 2023, state-of-the-art, future-proof network, including fibre between districts and blocks with ring topology to provide redundancy would be created.