Professor C.N.R Rao has been working on hydrogen energy as the only source of energy for the benefit of all mankind. 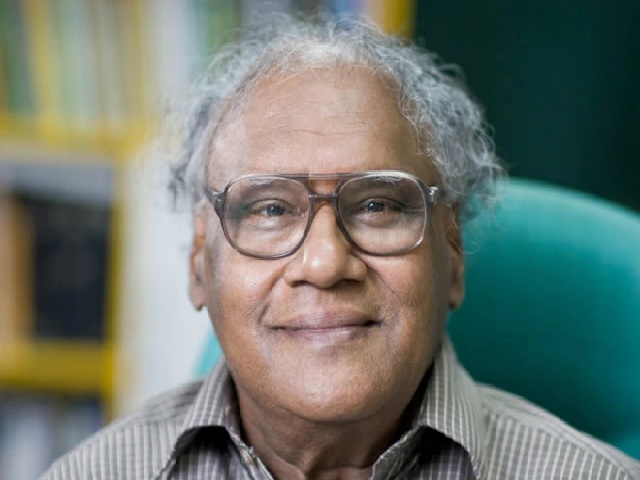 Bharat Ratna Professor C.N.R. Rao has been honoured with the International ENI Award 2020 for his research in renewable energy sources and energy storage.

The ENI Awards 2020 will be presented on October 14, 2021, in an official ceremony that will take place at Quirinal Palace in Rome. It will be attended by the President of Italy, Sergio Mattarella.

Professor Rao is an Indian chemist who has worked mainly in structural and solid-state chemistry.

C.N.R. Rao has honorary doctorates from 60 universities around the world and has authored around 51 books and 1,600 research publications. Professor Rao is described as a scientist who has won all the possible awards in his field except Nobel Prize.

At 17, he completed his BSc from Mysore University and MSc from BHU at the age of 19. Rao earned his PhD at the age of 24 from Purdue University. He joined the Indian Institute of Science in 1959 and eventually became its director from 1984 to 1994.

On November 16, 2013, he was selected for Bharat Ratna, the highest civilian award in India. He is the third scientist after C.V. Raman and A.P.J Abdul Kalam to receive the award.

The latter can be achieved through various processes, including the thermal disassociation, photodissociation of water, and electrolysis activated by the electricity which has been produced from solar or wind energy.

Professor Rao worked in all three areas and also developed some highly innovative materials. The same or the related materials have also shown beneficial properties for the construction of hydrogen storage systems and supercapacitors with high specific power and an increased number of charge-discharge cycles.

The hydrogen storage systems and supercapacitors are energy storage devices, very similar to batteries, which will become an increasingly significant part of the renewable energy sector.

The International ENI award is also known as the Energy Frontier Award and is considered to be the Nobel Prize in Energy Research.

The award has been recognized internationally over the years in the field of energy and environmental research. It aims to promote better use of energy resources and also to encourage new generations of researchers in their work. The award includes a cash prize and a specially minted gold medal.