At present Supreme Court has sanctioned strength of judges is 31 (including CJI). If the bill gets clearance from the parliament, the strength would go up to 31, including Chief Justice of India.

• According to Article 124 (1) of Constitution of India, the strength of the Supreme Court is fixed as per the law.
• However, the number of judges can be increased by way of parliamentary legislation.
• In pursuance of this Parliament has enacted the Supreme Court (Number of Judges) Act, 1956, which originally provided for a maximum of 10 judges (excluding the CJI).
• This law was last time amended in 2009 to increase judges’ strength from 25 to 30 (excluding the CJI). 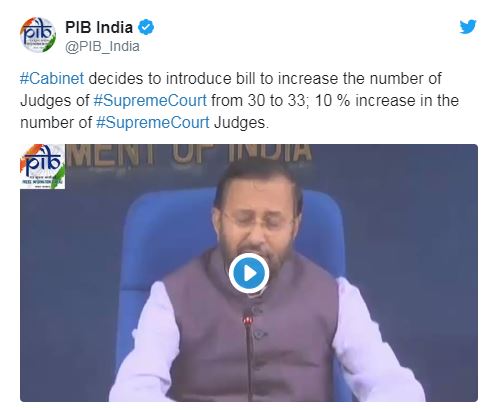