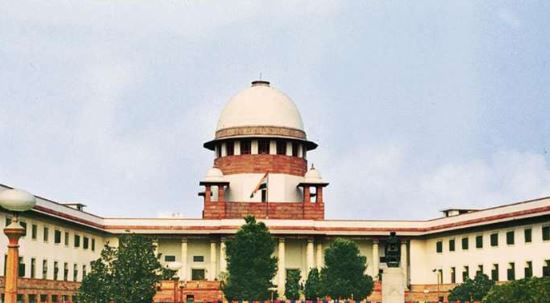 CJI under RTI: The Supreme Court has made it clear that now the office of Chief Justice will come under the purview of Right to Information (RTI). The Supreme Court said during the delivering of judgment that transparency does not undermine judicial freedom.

However, the Supreme Court has also issued some directives. It has been said in the judgment that the CJI office is a public authority. However, office secrecy will remain intact during RTI. The Constitutional Bench of five judges reserved the judgment on April 4 on the appeals filed by the central public information officers against the orders of the High Court and the Central Information Commission (CIC) in 2010. The CJI-led bench, while completing the hearing, said that no one wants a 'system of darkness', but the judiciary cannot be destroyed in the name of transparency.

• A bench of five judges led by Chief Justice Ranjan Gogoi comprised Justice Sanjiv Khanna, Justice Deepak Gupta, Justice DY Chandrachud and Justice NV Ramana, announced its verdict.
• The Supreme Court has taken this decision under Article 124 of the Constitution.
• The Supreme Court has upheld the decision given by the Delhi High Court in 2010. This landmark judgment arrived on petitions challenging the Delhi High Court’s decision.
• Justice Ramana said, "The judiciary must be protected from surveillance. RTI can be used as a tool for keeping an eye on the judiciary.”
• The decision of the bench was penned by a 3:2 majority as Justice Ramana and Justice Chandrachud has given separate judgment.

The Delhi High Court had said in a judgment on 10 January 2010 that the office of the Chief Justice comes under the purview of the RTI Act.  The Delhi High court said that judicial independence is not the privilege of the judge, but a responsibility on him. The High Court rejected the appeal of the apex court that judicial independence would be 'obstructed' by bringing the CJI office under the purview of RTI.

The High Court rejected the plea of the apex court that judicial independence would be 'obstructed' by bringing the CJI office under the purview of RTI. The General Secretary of the Supreme Court filed a petition against the decision and now SC has announced its verdict.

Attorney General (AG) KK Venugopal, representing the Central Public Information Officer (CPIO) of the Supreme Court, had said that sharing of information related to the collegium under the CJI's office would embarrass the judges and the government and destroy judicial freedom.

What is RTI Act?

• Right to Information (RTI) Act 2005 provides timely response to the citizens on their requests for government information.
• The major objective of the RTI Act is to promote transparency, empower the citizens and accountability in the working condition of the Government.
• An RTI can be written on a simple paper addressing Public Information Officer of the concerned department along with postal order of Rs. 20.

Background of the case

In 2007, RTI activist Subhash Chandra Aggarwal filed an RTI and asked for details of the assets of the judges. When hi s application was rejected, the matter reached the Central Information Commissioner (CIC) and CIC asked for information. After that, the matter was challenged in Delhi High court. The High court said that the office of CJI comes under RTI but it was again challenged in Supreme Court. A hearing was held in the Supreme Court in April 2019 and the court had reserved the verdict.