COVID-19 Vaccines in India: Know Which Coronavirus vaccines will be available in India and How do they Work | Explainer of the Day

COVID-19 Vaccines in India: With the Central Government announcing an ambitious plan of making available over 2 billion Coronavirus vaccines to the Indian citizens from August to December 2021, several new COVID-19 vaccines are likely to be introduced into the Indian Market. Let’s know all about the current and future COVID-19 vaccines that will be available in India and how do they work! 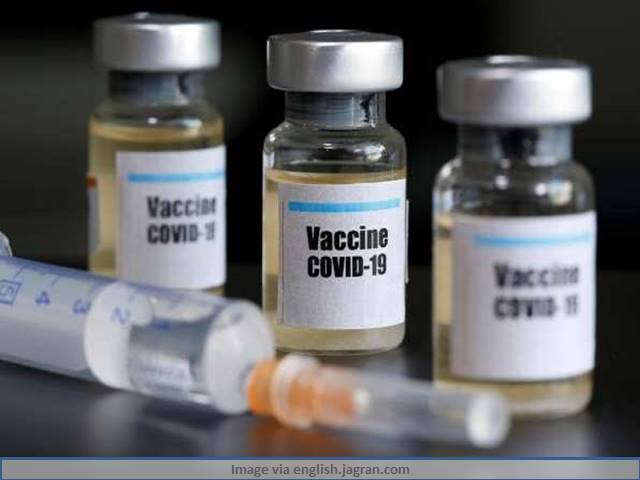 COVID-19 Vaccines in India: As India battles the ferocious 2nd Wave of COVID-19 pandemic with daily new cases still being reported over 3 lakh, India’s healthcare system remains under tremendous pressure to deal with mounting cases. In such times, Coronavirus vaccines have emerged as a ray of hope, which can help India and the world overcome the pandemic. With this in mind the Central Government has announced an ambitious plan of making available over 2 billion Coronavirus vaccines to the Indian citizens from August to December 2021, several new COVID-19 vaccines are likely to be introduced into the Indian Market.

Let’s know all about the current and future COVID-19 vaccines that will be available in India and how do they work!

On 13th Thursday, the Central Government rolled out a detailed vaccination plan for this year, which will pave the way back to normalcy as far as the pandemic situation in the country is concerned. The Central Government said that by Covid-19 vaccine will be available for the entire Indian population by December. In total, around 2 billion doses of COVID-19 vaccines will be made available in India in the period of 5 months starting from August to December 2021. A total of 8 different vaccines from different manufacturers are likely to be made available to Indians from August 2021 onwards, including the currently available Serum Institute’s Covidsheid and Bharat Biotech’s COVAXIN. The availability projection for vaccines in India as shared by the Central Gov’t in its vaccine roadmap is as follows:

Of the ones mentioned above, Covidsheild and Covaxin are already available in the Indian market and are being administered as part of the current vaccination drive. Yesterday i.e. on 14th May, Dr Reddy’s launched Sputnik V vaccine as well at a price of Rs 994 + GST. But, let’s get better understanding about each of these vaccines and how to they work?

COVISHIELD is the Indian version of the globally distributed AstraZeneca vaccine. The vaccine was developed by University of Oxford in collaboration with AstraZeneca and the production order has been given to Pune based Serum Institute of India. The vaccine is an adenovirus vaccine, which means it uses a weakened version of a common cold virus from chimpanzees to trigger an immune response in order to help body develop antibodies to fight the virus. The Covidsheid vaccine is one of the most widely used vaccines not only in India but across the world. The vaccine is delivered in two doses that can be two to three months apart and has an efficacy of up to 90 per cent. Efficacy refers to the degree of protection that a vaccine offers against a disease after successful vaccination.

Pricing of COVISHIELD vaccine has been a major concern in India, as Serum Institute has adopted variable pricing policy for the vaccine for different buyers. COVISHIELD is being offered to the Central / Union Government at a price of Rs 150 per dose, while the same is being sold to State Governments at Rs 300/-. On the other hand, rate for private players is Rs 600 per dose.

The second COVID-19 Vaccine that has been approved for emergency use in India is an indigenous one which is called COVAXIN. This vaccine is developed by Indian Pharma major Bharat Biotech. This vaccine uses inactivated virus i.e. it is made up of killed coronaviruses, making it safe to be injected into the body. Bharat Biotech’s COVAXIN was in news recently for getting emergency approval without phase 3 data, but has been accepted as an effective vaccine against COVID-19 now. Recent studies have shown that India’s COVAXIN is 81 per cent effective against the virus and capable of neutralising UK, Indian and Brazilian variants. This vaccine is also delivered in two doses.

In terms of pricing, COVAXIN is being sold to the Central Government at Rs 150/- while the states are shelling out Rs 400 per dose. The rate for private players is significantly higher as they are being asked to pay Rs 1200 for each dose of Covaxin.

Named after the world's first artificial satellite, Russia’s SPUTNIK V is a vaccine based on Non-Replicating Viral Vector technology. SPUTNIK V is developed by Russia’s Gamaleya Institute and is the 3rd Vaccine to be granted emergency use approval in India. Currently, the vaccine production contract in India has been given to Dr Reddy's Laboratories and production is being carried out at 5 laboratories. This vaccine is delivered in two doses with a gap of 21 days. It has shown efficacy of 91.6 per cent in clinical trials in preventing people from developing Covid-19. Sputnik V has been found to be effective against the UK variant of the Covid-19 virus.

In terms of pricing, the imported doses of SPUTNIK V Vaccine have been priced at retail price of Rs 948 with 5 per cent GST per dose. Reports have also hinted that this price might be reduced drastically once domestic production of vaccine begins.

India’s Pharma major Bharat Biotech had recently announced that it is working on a Nasal Vaccine as well for COVID-19. Following this announcement, the Union Health Ministry has included BB’s Nasal Vaccine as a probable available vaccine candidate in its vaccine roll-out plan. As per health ministry’s plan, a total of 10 crore doses of the nasal vaccine developed by Bharat Biotech will be made available in India by December 2021.

As per the limited details available about this vaccine right now, the intranasal vaccine code named BBV154, creates an immune response at the site of infection (in the nasal mucosa) essential for blocking both infection and transmission of Covid-19. Being an intranasal vaccine, this vaccine is expected to have fewer side effects as it is not injected in the body. Bharat Biotech has said that the nasal vaccine will be offered as nasal drops which people can administer at home, eliminating the role of a medical personnel for delivery of vaccine.

Another vaccine candidate that is being considered for India launch soon is US Pharma major’s Novavax's COVID-19 Vaccine. The vaccine will be produced by Serum Institute and will be marketed as Covovax. The vaccine is still under trials and is yet to be approved for emergency use in US, UK or India. During the Phase 2 trials, the vaccine has showcased efficacy of 96.4 percent against the original strain of the COVID-19 virus. In other variants i.e. UK and South African variant, the vaccine has been effective in 86.3 per cent cases.

The vaccine is undergoing Phase 2/3 trials in India and is expected to be launched between July to September 2021. After development and approvals, the SII and Novavax have committed to supplying 1.1 billion doses of their vaccine to Covax, an international facility aimed at equitable access to Covid-19 vaccines. Under this, India will also be supplied doses of Novavax vaccine.

Ahmedabad-based pharmaceutical firm Zydus Cadila has been working on a DNA based COVID-19 vaccine since the advent of the pandemic. Code named ZyCoV-D, this Covid-19 vaccine is likely to hit the market in June. Currently, the Phase 3 trial for ZYDUS CADILA DNA VACCINE is underway and the company is likely to submit the data for review with Drugs Controller General of India (DCGI) soon. The Phase 3 trials of ZYDUS CADILA DNA VACCINE were conducted on 28,000 adult and adolescent volunteers.

Once approved, ZYDUS CADILA DNA VACCINE ‘ZyCoV-D’ will be India’s second indigenously developed vaccine after Bharat Biotech’s Covaxin. As per the estimates shared by the company, around 1 crore doses of the vaccine will be produced every month initially which will be doubled in next few months depending on demand. In its vaccine roll-out plan, the Health Ministry has said that it will procure a total of 5 Crore doses of ZYDUS CADILA DNA VACCINE.

Another Indian Pharma major i.e. Biological E Limited has also been working on developing a COVID-19 vaccine. The Hyderabad based company is working on a subunit vaccine which is likely to be launched post August 2021. The vaccine is currently in trial stages, with stage 1 and stage 2 trials completed successfully. Currently, Phase 3 trials of BIO E SUB UNIT VACCINE are underway on 1,268 healthy subjects in the age range of 18 to 80 years.

Just like COVISSHEILD and COVAXIN, BIO E SUB UNIT VACCINE will also be delivered in two doses which will be given 28 days apart. The vaccine will be administered via intramuscular injection. Efficacy data for the vaccine will be announced after it completes Phase 3 trials, which are currently underway at 15 sites across the country. According to the Ministry of Health and Family Welfare, Biological E would supply 30 crore doses of its vaccine between August and December this year.

Another Indian Pharmaceuticals Manufacturer Gennova Biopharmaceuticals has taken a more advanced route to development of COVID-19 vaccine. The Pune based company is working on developing an mRNA VACCINE or messenger RNA vaccine. mRNA technology is the same one that is being used by Pfizer and Moderna in their vaccines which have been approved in US and UK. Currently, the company is re-performing animal toxicity study that had been conducted in the US earlier, upon request of DGCI. Following submission of this data, the company will be granted license for human trials and Phase 1 Clinical trials are likely to begin soon.

Apart from the above mentioned COVID-19 vaccines, India also will get access to globally available vaccines developed by Phama majors PFIZER, MODERNA AND J&J soon. The government has accelerated its efforts to make these vaccines available in India. The Department of Biotechnology and the Ministry of External Affairs are co-ordinating efforts to to procure the three vaccines. Many state governments have also floated global tenders for procurement of COVID-19 vaccines but so far deal has been confirmed. Officially, the government has not included PFIZER, MODERNA AND J&J vaccines as part of its vaccine roll-out plan shared on 14th May 2021.