The United Nations Population Fund (UNFPA) has recently launched its annual flagship report State of World Population-2019. Report titled “Unfinished business the pursuit of rights and choices” describe issues and information about population worldwide. This UNFPA report informs that India’s population grew at an average annual rate of 1.2 per cent between 2010 and 2019 to 1.36 billion.

UNFPA report says despite global gains in securing sexual and reproductive rights over the past 50 years, many population groups are still left behind. Activists, advocates, public health specialists and many others have pushed relentlessly for the transformations we see around us today, but much remains to be done.

World’s largest airplane took off for the very first time on April 13, 2019. Stratolaunch has built this aircraft in eight years. After its successful test flight, company hopes to use the twin-fuselage, six-engine, catamaran-style aircraft to launch satellite-bearing rockets into space by 2022. This test flight was done at Mojave Desert, California. Stratolaunch was founded in 2011 by the late Microsoft co-founder Paul Allen.

Its first flight duration was 2.5 hours at up to 17,000 ft or 5,200 meter above the sea level. As part of the initial flight, the pilots evaluated aircraft performance and handling qualities before landing successfully back at the Mojave Air and Space Port. 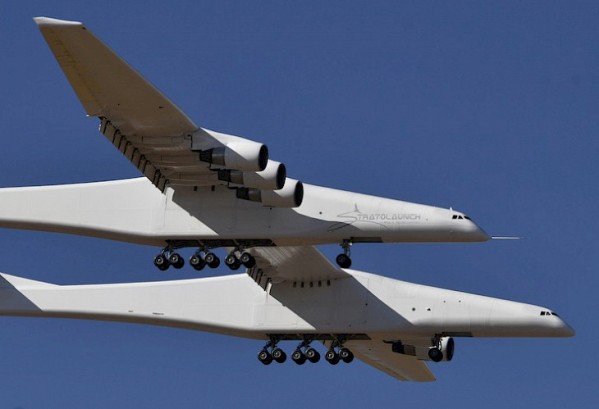 Founded in 2011 by Paul G. Allen, Stratolaunch Systems Corporation believes in safeguarding Earth for future generations. We do this by enabling convenient, affordable, and routine, airline-style access to space that empowers the world’s problem solvers – so that they can collect rich and actionable data and drive advancements in science, research, and technology from space.