Shikhar Dhawan will captain Team India on its six-match ODI and T20 tour of Sri Lanka, which is scheduled to be held at the R Premadasa International Cricket Stadium in Colombo between July 13-25, 2021. 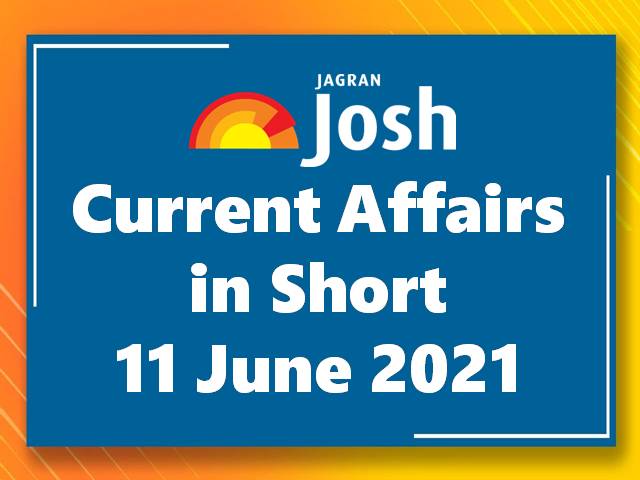 • Shikhar Dhawan will captain Team India on its six-match ODI and T20 tour of Sri Lanka, which is scheduled to be held at the R Premadasa International Cricket Stadium in Colombo between July 13-25, 2021.

• Indian pacer Bhuvneshwar Kumar will be vice-captain of the 20-member squad that was announced on June 10, 2021.

• The Indian squad for the three ODIs and three T20I series will comprise:

• This will be the first time that a nation will have separate Test and ODI/ T20 teams playing in different nations around the same time. Most of India's senior players will be in England during the same time for their test series including skipper Virat Kohli.

• Prime Minister Narendra Modi is scheduled to participate in the outreach session of the G7 Summit on June 12-13, 2021 through video conference.

• The meeting will be held in hybrid mode with some members attending physically, while others attending virtually.
This will be the second time that Prime Minister Modi will be participating in the G7 Summit.

• India was invited to the G7 Summit 2021 as a guest country by the United Kingdom, which holds the presidency of the G7 for this year. The other guest countries include South Africa and South Korea.

UK, US back 'timely, transparent' WHO-convened study on COVID-19 origins

• The United States and the United Kingdom on June 10, 2021 extended their support to a "timely, transparent and evidence-based independent process" for the next phase of the WHO-convened study of the origins of COVID-19, including in China.

• This was stated in the joint statement released after the meeting of US President Joe Biden and British PM Boris Johnson on June 10th, ahead of the G7 Summit 2021.

• This comes as calls to further investigate the origins of COVID-19 have intensified. The origin of COVID-19 is a mystery even 1.5 years after the first case of infection was reported in Wuhan, China.

• Many scientists and countries are calling for more investigations to know whether the virus originated naturally or was leaked from a lab in Wuhan.

• He had admitted to the hospital earlier following breathing issues and was later diagnosed with bilateral pleural effusion. He had been on oxygen support in the ICU and the hospital confirmed that he is stable.

• The actor's spokesperson informed through his official Twitter account that he had undergone a successful pleural aspiration procedure and the doctors are optimistic that he will be discharged.