Asia's largest slum, Mumbai's Dharavi has recorded zero cases of COVID-19 infections for the second day in a row, for the first time since February 2021. 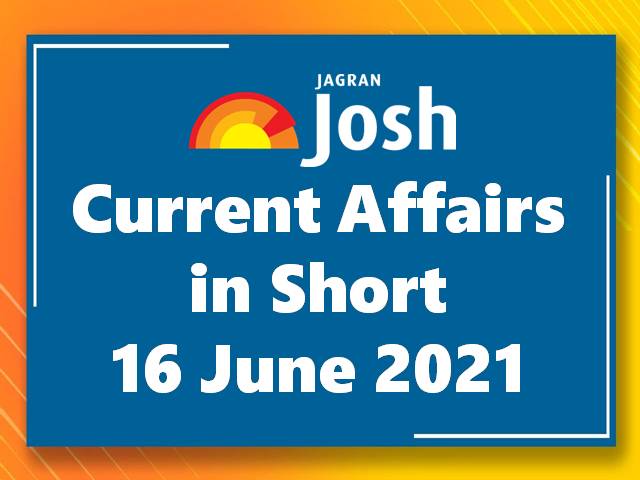 • The Russian Direct Investment Fund (RDIF) stated on June 15, 2-21 that its Russian Sputnik V COVID-19 vaccine is more efficient against the Delta variant of the virus than any other vaccine so far. The variant was first identified in India.

• The Delta variant has been listed as the fourth Variant of Concern by the World Health Organization (WHO). It is believed to have led to the resurgence of COVID-19 infections in many countries, including the deadly second wave in India.

• British Prime Minister Boris Johnson recently extended COVID-19 restrictions in the United Kingdom till July 19 over concerns over the spread of the Delta variant of COVID-19. The restrictions were earlier scheduled to be lifted on June 21.

• The Delta variant is reportedly spreading faster than the third wave that was predicted in the February roadmap. Cases have been growing by about 64 percent per week and in the worst affected areas, it is doubling every week. The average number of hospitalisations has also increased by 50 percent week-on-week, said the UK PM.

• The Delta variant or the B.1.617.2 strain is known to be more infectious than the Alpha variant which was first detected in the United Kingdom.

• The WHO informed last month that the Delta variant has been detected in sequences uploaded "from more than 40 countries in all six WHO regions".

• Asia's largest slum, Mumbai's Dharavi has recorded zero cases of COVID-19 infections for the second day in a row, for the first time since February 2021. The number of active cases in Dharavi currently stands at 11 and the overall total is 6861.

• Dharavi's Assistant Municipal Commissioner Kiran Dighavkar said that during the outbreak of COVID-19, it was tough to control the spread because people live in large numbers here and the area also has several small-scale industries, textile factories.

• The other concerning factor was that the residents use common toilets. Hence, ths task of containment was indeed challenging.

• During the first and second waves, the local administration made arrangements of quarantine centres and isolation facilities in the area and were doing tracing, testing and treatment for people on a regular basis. Door-to-door testing was also done on a regular basis.

• External Affairs Minister S Jaishankar met with Jordanian and Palestinian counterparts at the Doha airport on June 15, 2021 after concluding his three-day visit to Kenya.

• This follows India's move of abstaining on a resolution at UNHRC last month to set up a Commission of Inquiry on human rights violation in occupied Palestinian territory including East Jerusalem and in Israel, following 11 days of war between Israel and Palestine. The resolution was still adopted with 24 members voting in favour and 9 against.

• India's decision to abstain from voting on the resolution at the UNHRC to probe the Gaza conflict is not new, as the country has abstained on previous occasions as well, informed the Ministry of External Affairs (MEA) earlier this month.

• The Government Primary Health Care (PHC) in Tukroo in Jammu and Kashmir's Shopian district has become the first such centre to get multi-feed Oxygen Manifold System (OMS) technology.

• The oxygen system has been installed to cater to the oxygen requirements of patients in the region amid the Covid-19 pandemic.

• The system uses a multiway redial header fitted to a single cylinder. It would enable one oxygen bottle to cater to the needs of multiple patients concurrently.

• This will enable critical care management to a larger number of patients with the existing limited resources.

• There are overall 40 beds at the primary health care centre in Tukroo, while the district has a population of about just 650 people. All the 40 villages in the area will benefit from the system.

• There are more than 100 big and 100 small oxygen cylinders and the centre also has 20 oxygen concentrators. Earlier, the more severe patients in the region had to be transferred to Shopian or Pulwama.

• The Board of Control for Cricket in India (BCCI) has won a legal battle against Deccan Chronicle Holdings (DCHL) as the Bombay High Court decided in favour of the Indian board.

• The IPL Governing Council had terminated Deccan Chargers in 2012 and the franchise had challenged the termination. They had approached the Bombay High Court and the process of arbitration started with Justice (retd) C.K. Thakar as the sole arbitrator.

• The BCCI was ordered to pay Rs 4800 crore to DCHL in July 2020. This was after DCHL had claimed damages of Rs 6046 crore plus interest and charges as per reports.