Bangladesh will be setting up an international institute for vaccine production including for COVID-19. The Bangladesh government will be signing an agreement with South Korea to set up the vaccine institute. 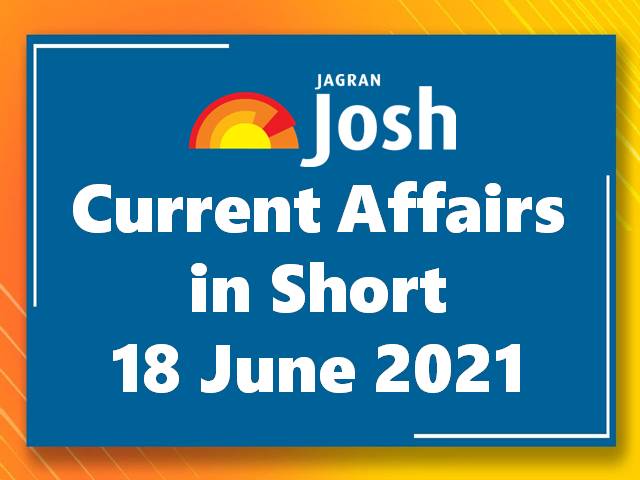 Rs 150 per dose not sustainable in long run: Bharat Biotech

• Bharat Biotech stated on June 15, 2021 that the supply price of Covaxin to the central government, which has been fixed at Rs 150 per dose is a non-competitive price and not sustainable in the long run.

• Hence, the company stated that a higher price in private markets is required to offset part of the costs.

• The company said that less than 10 per cent of the total production of Covaxin to date has been supplied to private hospitals, as directed by the Government of India, while most of the remaining quantity was supplied to the state and central government.

• The company clarified saying that unlike most medicines and therapeutics, the vaccines are being provided free of cost by the Indian government to all eligible citizens and that the procurement of vaccines by private hospitals is optional and not mandatory.

• The company will soon be supplying 75 percent of its vaccines to the state and central government, while only 25 percent will be provided to the private hospitals.

Any death, hospitalisation following COVID-19 vaccination cannot be assumed to be due to vaccination: Centre

• The Ministry of Health and Family Welfare clarified on June 15, 2021 that any death or hospitalisation following COVID-19 vaccination cannot be automatically assumed to be due to vaccination.

• The Ministry issued the statement against media reports that suggested an increase in adverse events following Immunization.

• Dr VK Paul, NITI Aayog Member said that all vaccines have some reactions in the body post innoculation.

• The Union Ministry also clarified that these reports are based on incomplete and limited understanding of the matter at hand.

• The Army on June 14, 2021 conducted a successful trial by moving a military train loaded with vehicles and equipment from New Rewari to New Phulera, validating the efficacy of the dedicated freight corridor (DFC).

• The recently developed Dedicated Freight Corridor by the Indian Railways enables faster movement of freight across the Country.

• The synchronised coordination by the Army with Dedicated Freight Corridor Corporation of India Ltd (DFCCIL) and Indian Railways is expected to significantly enhance the mobilisation capability of the Armed Forces.

• The trials were part of a new approach for optimising national resources and achieving seamless synergy among various ministries and departments.

• The Union Ministry of Micro, Small and Medium Enterprises has extended the validity of Udyog Aadhaar Memorandum from March 31st to December 31, 2021.

• The move aims to facilitate the holders of Entrepreneurs Memorandum Part-II and Udyog Aadhaar Memorandum to avail benefits of the provisions under various existing schemes and incentives including Priority Sector Lending benefits of MSME.

• The amendment was carried out considering the hardships faced by MSMEs during the current COVID-19 situation and the representations received from the various MSME associations and stakeholders.

• Bangladesh will be setting up an international institute for vaccine production including for COVID-19. This was announced by Bangladesh Prime Minister Sheikh Hasina in the Parliament on June 16, 2021.

• The Bangladesh government will be signing an agreement with South Korea to set up the vaccine institute.

• Currently, the government to government negotiations are going on for technology transfer with the countries that have developed COVID-19 vaccines.

• Further, the capacity of three Bangladeshi firms has been assessed for the production of the COVID-19 vaccines.

• A vaccine developed by one of the Bangladeshi companies, Globe Biotech Ltd, is now in the trial stage.

• Madhya Pradesh Government is planning to launch a public awareness campaign for vaccination in the entire state from June 21, 2021.

• The massive campaign will start at 7,000 vaccination centres on the first day.

• The members of the State Cabinet, MLAs and MPs are expected to together motivate the public for vaccination during the campaign.

• The people will also be told that vaccination is the only protection against COVID.

• MP Chief Minister Shivraj Singh Chauhan informed that the State has the capacity to vaccinate five lakh people every day and it can vaccinate about 70 percent of its population by the end of December.

• While addressing a meeting of senior leaders,  the leader said that the people's food situation is now getting tense.

• He stated that the agricultural sector had failed to meet its grain targets because of last year's typhoons, which caused widespread flooding.

• North Korea had closed its borders last year to contain the spread of COVID-19. This has resulted in a massive fall in trade with China.

• North Korea relies on China for food, fertiliser and fuel.