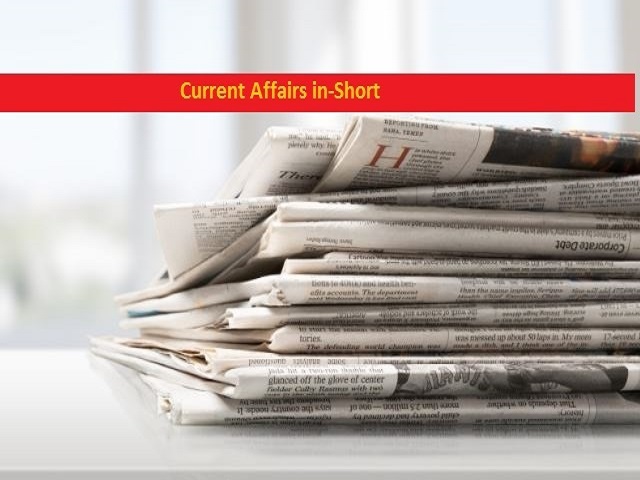 • Union Health Minister Dr. Harsh Vardhan assured that the COVID-19 vaccines are completely safe and effective and they will prove to be the last nail in the coffin of the COVID-19 virus.
• The Minister said this to address issues related to vaccine hesitancy while releasing the communication creatives prepared by Health and Family Welfare Ministry.
• Dr. Harsh Vardhan informed that over eight lakh people have been vaccinated in the country and very few cases have shown side effects of the vaccine.
• He stated that side effects are common after any vaccination and stressed that two indigenous vaccines have been authorized after sufficient scientific scrutiny and human trials.
• He also informed that several countries are approaching India to export these vaccines to their country.

• Chief of Defence Staff (CDS) General Bipin Rawat undertook a sortie in the French Rafale fighters on January 21, 2021 during the ongoing Indo-French wargames Desert Knight-21.
• The sortie lasted for almost one hour, during which the CDS was familiarised with the most advanced fighter in the Indian and the French Air Force inventories.
• The CDS was also briefed about the wargames and how the joint exercise would enhance the interoperability between the air forces of the two countries.
• The Indian Air Force kickstarted its first major international wargames (Desert Knight-21) involving Rafale fighter jets in Jodhpur on January 20, 2021 with their French counterparts.

• Kerala Assembly rejected a resolution to remove Speaker P Sreeramakrishnan on January 21, 2021, prompting a walkout from the Opposition United Democratic Front (UDF).
• The resolution was moved by UDF MLA M Ummer.
• The opposition staged a walkout immediately after the Speaker's reply in which he countered the Opposition's charges.
• He also lashed out at the Opposition and termed the resolution as an "immature" move.