The President of India, Ram Nath Kovind, will travel to Kanpur in Uttar Pradesh this evening for a five-day visit to the state. 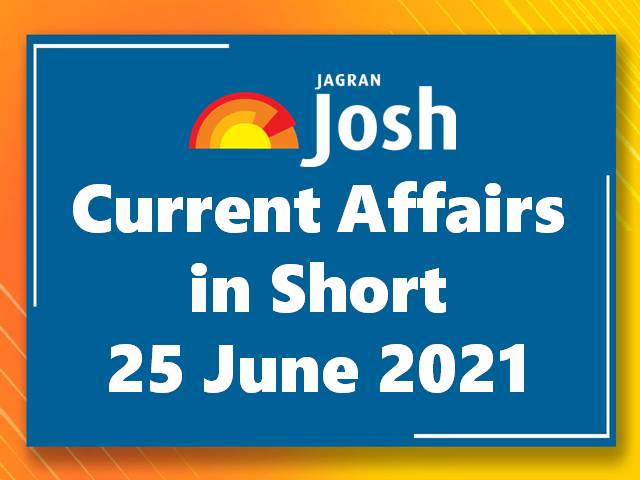 • The President of India, Ram Nath Kovind, will travel to Kanpur in Uttar Pradesh this evening for a five-day visit to the state.

• During the visit, the President will visit his birthplace Paraunkh in Kanpur dehat district and will later go to the state capital Lucknow.

• He will also take part in programs scheduled in his birthplace. This will be the first time in 15 years that an incumbent Indian President takes a train route to reach his destination.

• The last time an incumbent President travelled by train was when Dr APJ Abdul Kalam boarded a special train from Delhi to Dehradun in 2006 to attend a passing out parade of cadets at the Indian Military Academy.

• EAM spokesperson Arindam Bagchi informed that during the two-day visit to Greece, EAM Jaishankar will meet his counterpart. This will be the first External Affairs Minister-level visit to the nation since 2003.

• The Minister will then travel to Italy to attend the G20 Ministerial meetings.

• NITI Aayog recently organised a national consultation on the prevention of maternal, adolescent and childhood obesity.

• The event was organized in view of rising incidents of obesity in children and women over the past decade. The National Family Health Survey 5 also showed a recent spurt in such cases.

• During the national consultation, global experts and representatives from UN bodies and different national research institutions and central ministries presented evidence regarding the increasing prevalence of obesity and best practices for obesity reduction.

• A consensus was reached on the need for the government and society as a whole to take steps to tackle the twin nutrition challenge of obesity and under nutrition.

World no. 3 Dominic Thiem pulls out of Wimbledon due to wrist injury

• World no. 3 in men's singles and US Open champion Dominic Thiem has pulled out of Wimbledon, which is scheduled to start next week.

• Dominic Thiem was forced to pull out due to a wrist injury, which he says will sideline him for several weeks.

• The 27-year-old Austrian had retired from his match against Adrian Mannarino in Mallorca on June 22, 2021 after hurting his wrist while hitting a forehand.

• Wimbledon is scheduled to start from June 28, 2021 in London, United Kingdom.

• Overall, the world No. 178 is the only fourth Chinese man to play singles in the main draw of a Grand Slam since the Open era began in 1968.

• Wimbledon is the only Grand Slam event that had to be cancelled in 2020 due to the COVID-19 pandemic. It will return in its usual slot this year.