Odisha's Council of Ministers adopted a resolution on May 29, 2021 to include disaster and pandemic management as a part of the curriculum for every high school and college student. 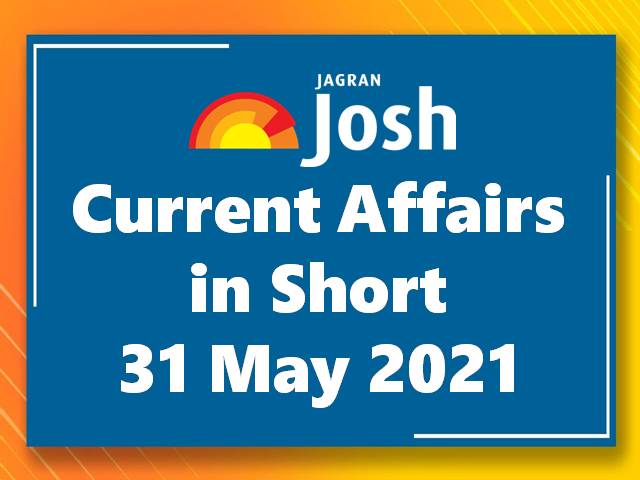 Sputnik V to be made available in Delhi after June 20

• Delhi Chief Minister Arvind Kejriwal informed on May 31, 2021 that the makers of the Russian vaccine, Sputnik V, have assured to send a consignment to the national capital after June 20.
• Kejriwal said that right now the vaccines are being imported and a part of the doses being imported will be provided to Delhi. The manufacturing of the Russian vaccine will begin in India in August.
• Russia's Sputnik V had recently received emergency use approval from the Subject expert committee (SEC), making it the third COVID-19 vaccine to get clearance in India.
• Currently, the vaccine is being imported to India by Dr Reddy's Laboratories and will be manufactured locally by the pharmaceutical major in the coming months.

• The Andhra Pradesh government has passed an order to set up one skill development university and 30 skill development colleges across the state.
• It has accorded administrative sanction to the State Skill Development Corporation for the same.
• The state will set up one college in each of the 25 parliamentary constituencies and one each in IIITs across the state and one in Pulivendila, Chief Minister YS Jaganmohan Reddy's constituency.
• Each skill college will have a capital expenditure of Rs 20 crores.

• The YS Jagan Mohan Reddy-led Andhra Pradesh government on May 28, 2021 increased the punishment of private hospitals for charging excessive fees from patients.
• The government issued a new order that states that if the hospital is found to be charging more than the prescribed rate, then it will be levied 10 times the additional amount. The repeated offenders will be prosecuted.
• If any hospital or clinical establishment is found to be repeating the same, it will be prosecuted as per the provisions of IPC.

Odisha to include disaster & pandemic management in school, college curriculum

• Odisha's Council of Ministers adopted a resolution on May 29, 2021 to include disaster and pandemic management as a part of the curriculum for every high school and college student.
• The resolution stated that it is a futuristic decision. The state government aims to trains its people to know how to deal with known emergencies and how to respond to situations where the outcome cannot be predicted.
• Chief Minister Naveen Patnaik aims to make Odisha a leading state in disaster preparedness, be it biological or climatic.