AIIMS Delhi Director Dr. Randeep Guleria said on June 8, 2021 that there is no data, either from India or internationally, to show that children will be seriously infected in any next wave of COVID-19. 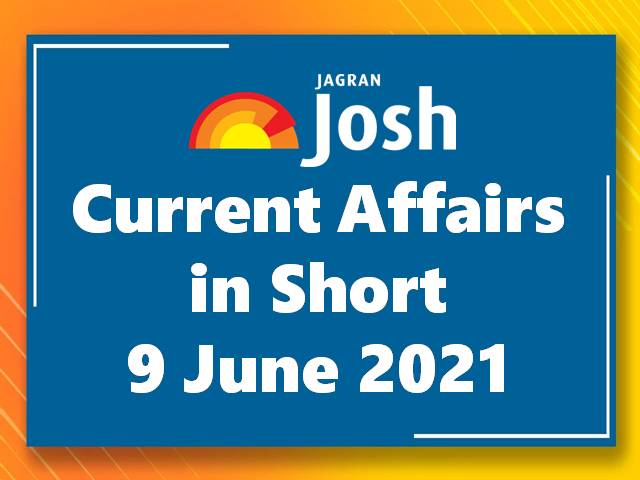 • The new rules have been formed by Ladakh's Lieutenant Governor RK Mathur. The Ladakh administration informed on June 7, 2021 that the rules shall come into force from the date of their publication in the Official Gazette.

• Clause 11 of the notification issued regarding the same by the Labour and Employment Department, Ladakh reads, no person shall be qualified for appointment to the service unless the person is a resident of Union Territory of Ladakh.

• Those who have already been appointed substantively to a post in the cadre of Jammu and Kashmir Employment (Subordinate) Service and finally allotted for service in the Union territory of Ladakh in accordance with the provisions of section 89(2) of the J&K Reorganisation Act 2019, shall be deemed to have been appointed to the Service at the initial constitution.

• AIIMS Delhi Director Dr. Randeep Guleria said on June 8, 2021 that there is no data, either from India or internationally, to show that children will be seriously infected in any next wave of COVID-19.

• Dr. Guleria said this while addressing a joint press conference on the COVID-19 situation. He said it is a piece of misinformation that subsequent waves of the COVID-19 pandemic are going to cause severe illness in children.

• He said that 60 - 70 percent of the children, who got infected and got admitted to hospitals during the second wave in India, had either co-morbidities or low immunity and healthy children recovered with mild illness without need for hospitalization.

• The Director stated that "Waves normally occur in pandemics caused due to respiratory viruses - the 1918 Spanish Flu, H1N1 (swine) flu are examples. The second wave of 1918 Spanish Flu was the biggest, after which there was a smaller third wave."

• He said that multiple waves occur when there is a susceptible population. However, when a large part of the population acquires immunity against the infection, the virus becomes endemic and infection becomes seasonal - like that of H1N1 that commonly spreads during monsoon or winters.

EAM Jaishankar to visit to Kenya on June 12

• The EAM is expected to chair the third meeting of the India-Kenya Joint Commission meeting along with his Kenyan counterpart.

• The meeting will review the full bilateral relationship between the two countries. The Joint Commission had last met in New Delhi in March 2019.

• The Parliament Public Accounts Committee (PAC) is scheduled to hold a meeting on June 16, 2021 to deliberate on the country's Covid-19 vaccination policy.

• This will be the committee's first physical meeting amid the second wave of the Covid-19 pandemic.

Overseas media to be strictly monitored by GPS during Tokyo Olympics

• Tokyo Olympic chief Seiko Hashimoto has informed that the overseas media personnel will be strictly monitored after entering Japan for the Olympic Games to ensure they have no contact with the public.

• Hashimoto stated that Japan is still in a "very difficult situation," and "to make sure that people don't go to places other than the places where they are registered to go, we will use GPS to strictly manage their behavior."

• The foreign media will need to submit pre-determined destinations during the Olympic games and they will be tracked by the organisers with the use of GPS to ensure they are isolated during the first 14 days after arrival.

• Any violation will lead to measures including suspension or deprivation of accreditation or even deportation.

• The foreign media will be allowed to engage in normal media coverage only after 14 days.