Khosrowshahi will be responsible for improving Uber's image by fixing tussles among investors, rebuilding employee morale and creating a profitable business after seven years of losses. 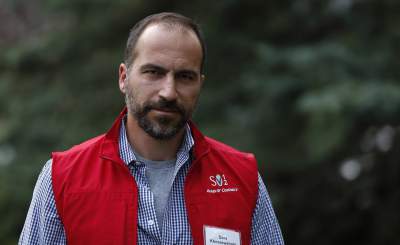 Dara Khosrowshahi was on 27 August 2017 appointed as the Chief Executive Officer (CEO) of the  Uber Technologies Inc. His appointment was approved by the Uber Board.

Prior to this appointment, Khosrowshahi was serving as the Chief Executive Officer of travel company Expedia Inc.

Khosrowshahi will be responsible for improving Uber's image by fixing tussles among investors, rebuilding employee morale and creating a profitable business after seven years of losses.

He succeeds Travis Kalanick, Uber's co-founder who was expelled as CEO in June 2017 after shareholders representing about 40 per cent of the company's voting power signed a letter asking him to resign amid growing concern over his behaviour.

About Dara Khosrowshahi
• Iran-born American Khosrowshahi graduated from Brown University with an engineering degree.
• Before joining billionaire Barry Diller at IAC during the dot-com boom, he served a short-term in investment banking at Allen & Co.
• While serving Expedia for more than a decade, Khosrowshahi led acquisitions in online travel by expanding IAC’s Expedia with takeovers of Orbitz and HomeAway.