David Attenborough has been conferred with the Indira Gandhi Prize for Peace, Disarmament and Development 2019. 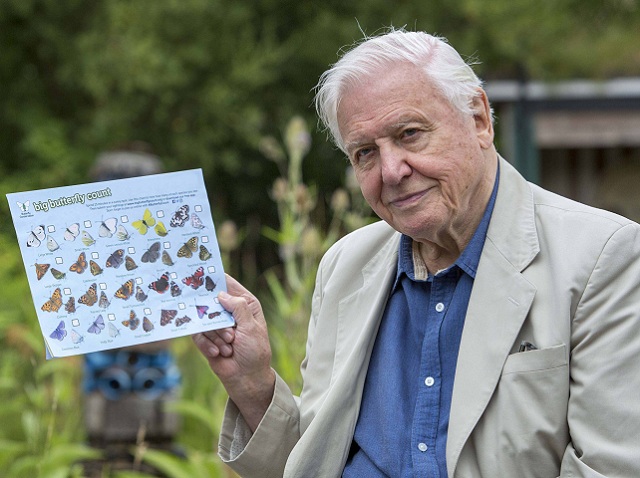 David Attenborough, a renowned naturalist, has been conferred with the Indira Gandhi Prize for Peace, Disarmament and Development 2019 for his tireless efforts towards awakening the humankind to the need to preserve and protect the planet’s biodiversity.

Sir David Attenborough, as he is popularly known, has been recognized with the award for his lifetime worth of work to reveal the wonders of the natural world and awaken mankind to live in a sustainable and harmonious way and stop being a “plague on earth”.

The 2019 prize winner was announced by the International Jury of the Indira Gandhi Prize for Peace, Disarmament and Development, chaired by former Indian President Pranab Mukherjee. 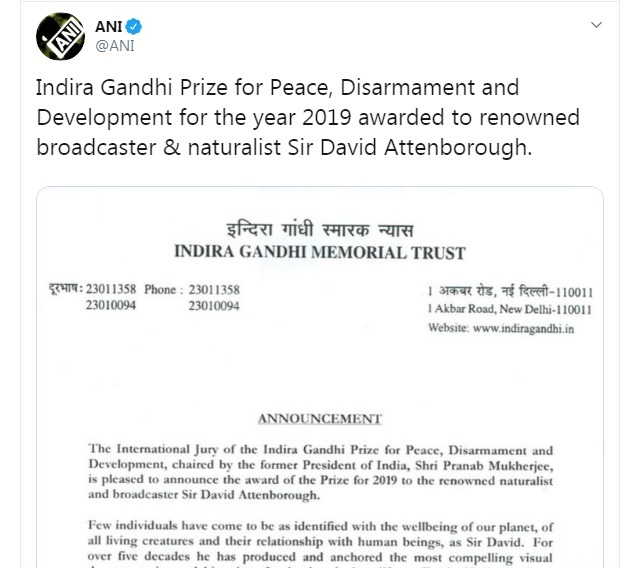 David Attenborough is a natural historian and broadcaster, known for producing and anchoring the most compelling visual documentaries and histories of animal and plant life on the Earth.

He has written a number of fascinating books on his environmental projects and managed to draw attention to one of the most destructive forces of the current era- the threat to nature posed by the predatory humankind.

He has played the role of the powerful and persuasive voice that stressed on the need to heed warnings of looming ecological disaster in order to maintain the earth’s ecological balance and to cherish and preserve the natural world.

For years, through his programmes and books, he has educated generations of ordinary people of the glory of life on our planet and the dangers that imperil it.

Sir David Attenborough has been recognized for his work on various occasions. He was honoured with knighthood, UNESCO’s Kalinga prize, Michael faraday prize, the Descartes prize and fellowship of the royal society.

He has also received several Emmy and BAFTA awards including a lifetime achievement award.

He has also received widespread praise for his documentaries, which include the life and planet series such as Life of Earth, the private life of plants, the life of mammals, the living planet, the blue planet and the frozen plant. Several natural species, both living and extinct, have been named after him.