The Asian Games Gold Medal in 1998 was Dingko’s historic medal that raised the morale of the success-starved Indian boxing team. 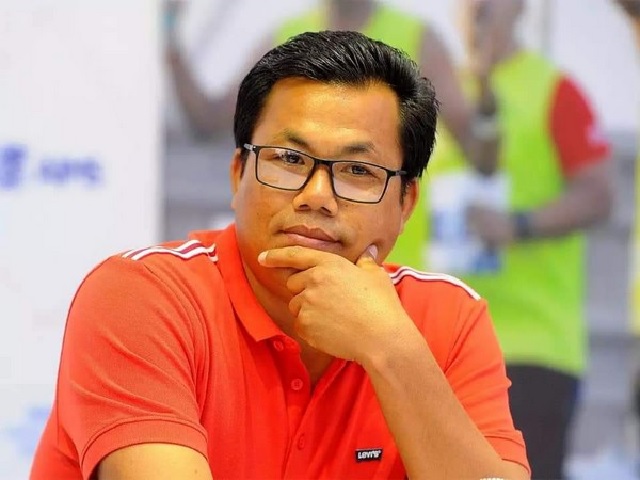 The Padma Shri awarded boxer was 42 and had been fighting the disease since 2017. He even fought COVID-19 last year.

The Asian Games Gold Medal in 1998 was Dingko’s historic medal that raised the morale of success-starved Indian boxing and further went on to inspire the Olympic Medallists such as Mary Kom and Vijender Singh.

Prime Minister Modi, while paying his tribute to the untimely demise of star boxer on Twitter, stated that Dingko Singh was a sporting superstar, an outstanding boxer who had earned several laurels and had also contributed to furthering the popularity of boxing.

Shri Dingko Singh was a sporting superstar, an outstanding boxer who earned several laurels and also contributed to furthering the popularity of boxing. Saddened by his passing away. Condolences to his family and admirers. Om Shanti.

The Sports Minister Kiren Rijiju wrote in his tweet that Dingko Singh was one of the finest boxers India has ever produced and his gold medal at the 1998 Bangkok Asian Games sparked the boxing chain reaction in India.

I’m deeply saddened by the demise of Shri Dingko Singh. One of the finest boxers India has ever produced, Dinko's gold medal at 1998 Bangkok Asian Games sparked the Boxing chain reaction in India. I extend my sincere condolences to the bereaved family. RIP Dinko🙏 pic.twitter.com/MCcuMbZOHM

Olympic medallist boxer Vijender Singh also extended his condolences on the demise of Dingko Singh and wrote that his struggle and journey will forever remain a source of inspiration.

My sincerest condolences on this loss May his life's journey & struggle forever remain a source inspiration for the upcoming generations. I pray that the bereaved family finds the strength to overcome this period of grief & mourning 🙏🏽 #dinkosingh

Dingko Singh: An Inspiration for generations of boxers

•   Dingko Singh was one of the eight children who grew up in Sekta Village near Imphal, Manipur with his younger brother and sister after their father died and mother left home.

•   His siblings took up the work as farm labourers even as Dingko ended up in the orphanage. There he met his first coach, Ibomcha Singh and in 1989, at just the young age of 10 years, he won the sub-junior National Boxing Championship.

•   Dingko Singh made his debut in the arena of International Boxing in 1997 and he won the King’s Cup 1997 held in Bangkok, Thailand.

•   Apart from winning the tournament in Bangkok, he was also declared the best boxer of the meet.

•   Later, he went on to represent India at the 1998 Asian Games, in which he won Asian Games Gold Medal and the 2000 Summer Olympics.

•   Dingko Singh who was employed with the Indian Navy later had taken to coaching after hanging up his gloves.

•   Dingko Singh famously won the gold medal at the 1998 Asian Games in Bangkok.

•   He was honoured with the Arjuna Award in the same year he won the Asian Gold Medal.

•   For his extraordinary contribution to boxing, Dingko Singh was bestowed with Padma Shri Award in 2013. It is the country’s fourth-highest civilian award.