Trump will be attending the 'Namaste Trump' event at the newly-constructed Motera Cricket Stadium. 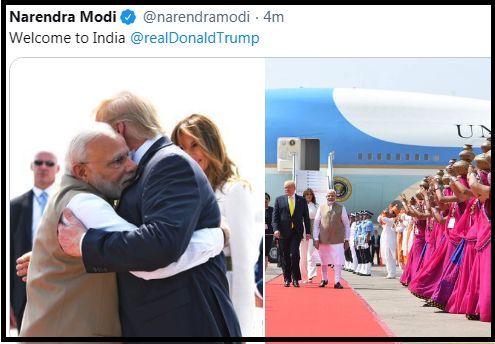 Trump will be attending the 'Namaste Trump' event at the newly-constructed Motera Cricket Stadium. The 'Namaste Trump' event will witness a three-hour-long cultural programme and Trump’s interaction with the people of Gujarat at the Motera Stadium. The event will include music and dance performances including the performance of singer Kailash Kher.

President Trump’s Ahmedabad visit is the first leg of his two-day visit to India. Later, he will be seen visiting Taj Mahal, Agra on February 24, 2020 and New Delhi on February 25, 2020. The US President’s maiden visit to India is expected to see the signing of a few defence and trade deals between India and the United States. Have a look at the highlights of Trump’s visit to India below: 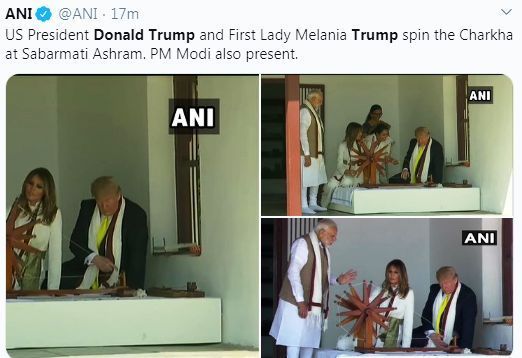 Just before his arrival in India, President Trump tweeted in Hindi language informing the Indians gathered at the Stadium about his arrival shortly. PM Modi responded to the tweet saying, "अतिथि देवो भव." Have a look at the tweet: 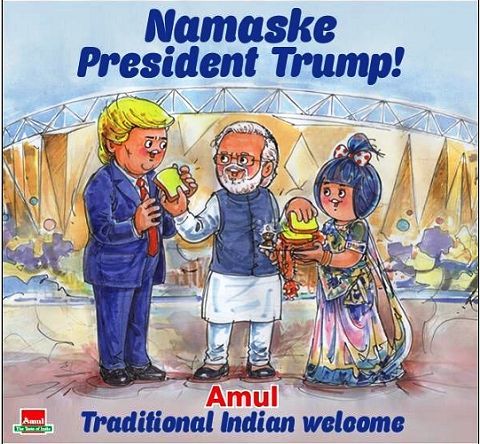