Turkey agrees to Syria Ceasefire, announced by US Vice President Mike Pence on 18 October after holding negotiations with Turkish President Erdogan. The move has been hailed by US President Donald Trump as "Great News". Turkey's ceasefire decision came after President Trump's letter got leaked, warning Erdogan against invasion of Northeast Syria. 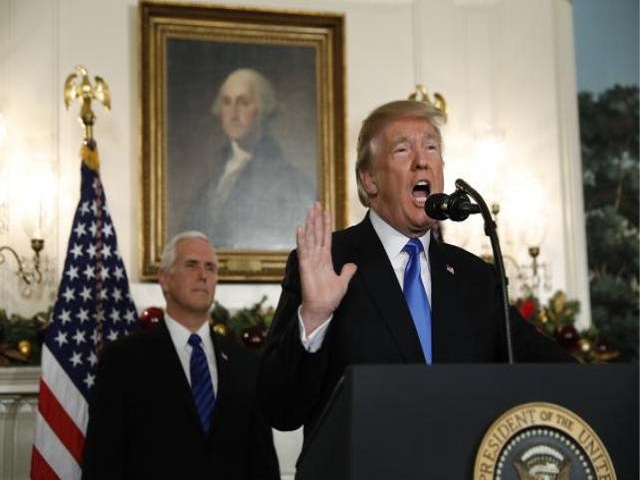 Turkey agrees for Syria Ceasefire, a move that came as an outcome of US President Donald Trump’s warning letter to Turkish leader Recep Tayyip Erdogan. The decision came after the US Vice-President Mike Pence held negotiations with Erdogan over Tukey’s invasion of Northeast Syria. As soon as the news broke out, US President Trump hailed the decision by tweeting, "Great news out of Turkey". He further mentioned that the move would save millions of lives. Check the tweet below.

As per the negotiations, Turkey will end its military operation in Syria after the Kurds withdraw from the safe zone. Turkey will stop the operations for five days and after the complete withdrawal of Kurdish forces, Turkey’s offensive will be halted completely. The move has also been accepted by the Syrian Democratic Forces (SDF).

Following the decision, the White House decided to refrain from imposing the economic sanctions, which were imposed earlier by US President Trump.

Also Read | US sanctions on Turkey: Penalties imposed on Turkish officials to stop invasion into Syria

Donald Trump's Letter to Erdogan: As per the reports, Turkish President Recep Tayyip Erdogan, after receiving the letter from the US President Trump, rejected it thoroughly and had thrown it in the "Bin", neglecting all the warnings and threats. President Donald Trump wrote a letter to his Turkish counterpart on October 9, 2019, the day Turkey invaded Northeast Syria.  In the letter, Trump warns Erdogan to not to be a "tough guy" or "fool" over the latter's move to launch incursion into Northeast Syria. The letter was written just three days following Trump's order to withdraw US troops from northern Syria.

The letter, revealed by Fox Business’s Trish Regan, drew attention for its blunt and undiplomatic language. The letter begins with “Let’s work out a good deal!", seeming that President Trump is trying to convince Erdogan to make a deal with Kurds and stop invasion into Northeast Syria.

The letter goes on to the extent of Trump warning Erdogan that he would destroy Turkey’s economy if the Syria issue is not resolved in a "humane way". Trump urges him, “Don’t be a tough guy. Don’t be a fool!” Have a look at the letter below: 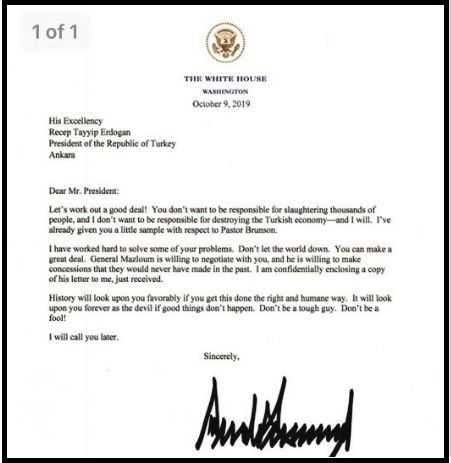 If the language is kept aside, the letter, overall, seems to convince Erdogan anyhow to call off the incursion of north Syria and not to attack the Kurds, the NATO's strongest ally in the fight against ISIS. He even goes onto the extent of saying that "You don’t want to be responsible for slaughtering thousands of people”. President Trump ended the letter by saying that he will call Erdogan Later.

Reactions on the letter

The letter has amazed the readers with some questioning its authenticity and some calling it a joke. Democratic congressman Mike Quigley commented on the language of the letter saying that it is "ignorance" at the highest level.

The letter comes in the backdrop of US decision to pull its troops out of Syria. It was just days after the announcement that Turkey began invasion of Northeast Syria, the area held by US ally Kurds. Post this, the US imposed sanctions on Turkey, penalising it for invasion.