Father's Day 2021: Date, History, Significance - All you need to know! 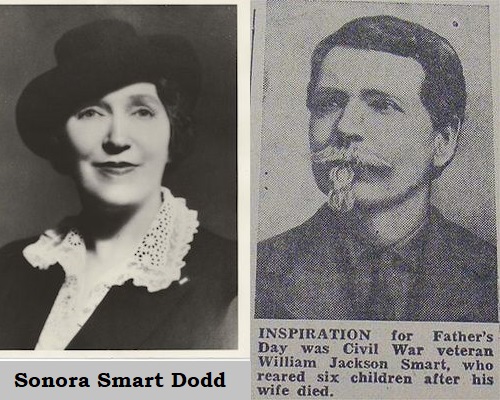 Father's Day 2021: Father's Day is being celebrated across the world today, on June 20, 2021. The Father's Day date keeps changing from year to year.

Father's Day is celebrated in most countries on the third Sunday in June. The day aims to celebrate the unique role a father figure plays in our lives.

While most countries are celebrating Father's Day today on June 20th, few countries observed the day earlier and few will celebrate it on a different date later this year.

Which countries observe Father's Day on third Sunday of June?

Several nations including the US, UK, India, France, Turkey, Philippines and South Africa observe Father's Day on the third Sunday in June.

When do other nations celebrate Father's Day?

• Some countries like Spain and Portugal celebrated Father's Day on March 19, on the occasion of the Feast of St. Joseph.

• Thailand celebrates Father's Day on December 5, on the occasion of the birth anniversary of former King Bhumibol Adulyadej.

• Austria and Belgium celebrate Father's Day on the second Sunday in June, which was June 13th this year.

• Few other nations such as Australia, New Zealand, Fiji and Papua New Guinea celebrate Father's Day on the first Sunday in September.

Fathers Day 2021 History: How did the day start?

• A West Virginia church observed the nation's first event to honour fathers on July 5, 1908, as a Sunday service in memory of over 360 men who had died in the mining mishap at the Fairmont Coal Company mines in Monongah in December 1907. This was done on the suggestion of Grace Golden Clayton, the daughter of a dedicated reverend. However, it was a one-time commemoration and not an annual holiday.

• A few years, a woman named Sonora Smart Dodd, started observing Father's Day in honour of her father, who was a Civil War veteran who raised six children as a single parent after the death of their mother. This was uncommon at that time, as many widowers placed their children in the care of others or quickly got married again.

• Sonora had been inspired by the work of Anna Jarvis, a woman from Grafton, West Virginia, who had pushed for Mother’s Day celebrations. She had felt that her father deserved recognition for what he had done. She went to local churches, shopkeepers and government officials to get support for her idea.

• Her efforts led to the first Father's Day celebration which was held on June 19, 1910 in the state of Washington.

• The day was officially recognised as an annual holiday in 1972 by President Richard Nixon, 58 years after President Woodrow Wilson made Mother’s Day official.

Father's Day is celebrated by over 100 countries across the world. Each nation has its own traditions to celebrate the day. The day is observed as a public holiday in nations like Lithuania and few areas of Spain. South Korea celebrates the day as Parents Day.