The complete sequence of a human genome marks a new era of genomics where no region of the genome-the entire human genetic code-is beyond reach. 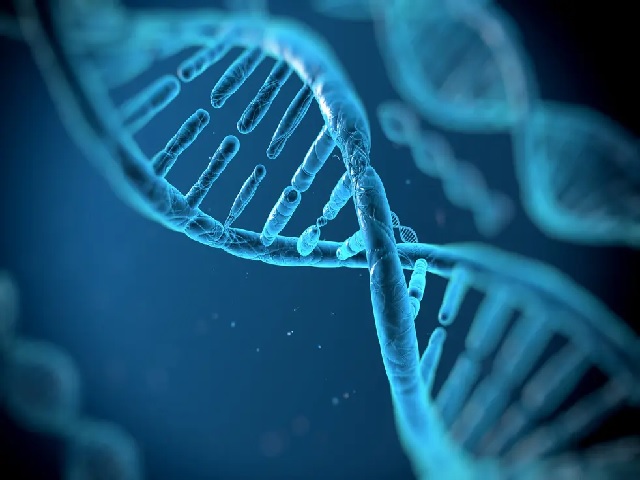 The paper titled ‘The complete sequence of a human genome’ dubs the new sequence ‘T2T-CHM13’.

The final validation of the sequence was also aided by software developed by Chirag Jain who is an assistant professor at the Department of Computational and Data Sciences, Indian Institute of Sciences (IISc).

Why the achievement is significant?

• The achievement marks a new era of genomics where no region of the genome-the entire human genetic code-is beyond reach.

• This also unlocks newer regions in the human DNA and holds the potential of enhancing the understanding of a wide variety of disorders affecting people.

• It can also lead to a better genetic screening that enables quick and specific diagnostic tests to treat various maladies.

What is Human Genome?

It is the complete set of DNA. DNA strands are like a four-letter language- four chemical units or bases that are the alphabet.

The letters combine specifically with the letters in the opposite strand to form words (base pairs or bp), encoding information. All these words are stored in chromosomes in the human cells.

So, if the human genome were a history book, it will have around 3 billion words (base pairs) across 22 chapters (chromosomes) giving information about the human journey through time with a detailed blueprint for building every human cell that will give health care providers new powers to treat, prevent and cure diseases.

First draft of the human genome: What was it missing?

Celera Genomics and International Human Genome Sequencing, in 2001, published the first drafts of the human genome and revolutionized genomics. However, there were gaps.

As per Nature (scientific journal), sequencing was not truly complete and about 15% was missing owing to technological limitations. Subsequently, scientists solved some of the puzzles, but the most recent human genome, which the geneticists have used as reference since 2013, still lacked 8% of the full sequence.

So, if 8% of the genome was not sequenced earlier, it meant that some pages of the history book were still missing, meaning, that not all of the 3 billion + base pairs that each human genome contains, was sequenced at the time.

What role does Indian software play in this breakthrough?

Chirag Jain, an Assistant professor at the Department of Computational and Data Sciences, Indian Institute of Sciences (IISc) informed that genome construction involved many newly designed computer algorithms, software to process sequencing data and turning it into a complete human genome.

One software (Winnowmap2) was developed and contributed by him with collaborators and it was critical in the final validation of the genome.

Pointing out that the software takes genome sequencing data as input and maps it into genome assembly, Chirag added that the mapping method had to take into account a large number of repetitive segments.

He said that the presence of repeats in the genome makes it challenging as there are many possible alignment candidates for a sequence, and a correct one is rarely obvious.

Once the data was correctly aligned, differences found between the genome and sequencing data showed few mistakes which were corrected by T2T before the final genome released.