Djokovic is now only major away from reaching the record of 20 that Rafael Nadal and Roger Federer both hold. Read all you need to know. 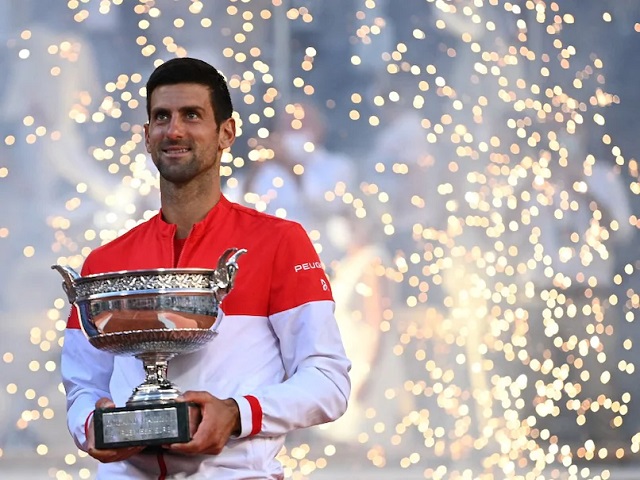 Novak Djokovic won a 19th Grand Slam title and became the first man to win all four majors twice after coming back from two sets down to win against Stefanos Tsitsipas in the French Open final on June 13, 2021.

The 34-year-old Djokovic beat Tsitsipas 6-7 (6_, 2-6, 6-3, 6-2, 6-4 in the French Open final. The 22-year-old Tsitsipas had a good start early maybe because Djokovic was drained from the semi-final with 13-time French Open champion Nadal that lasted for more than four hours on Friday, June 11.

Djokovic is now only major away from reaching the record of 20 that Rafael Nadal and Roger Federer both hold.

The French Open 2021 title is Djokovic’s second win after his first victory in the 2016 tournament. Djokovic, currently ranked as world No. 1 by the Association of Tennis Professionals holds three US Open titles, five Wimbledon titles, and nine Australian Opens titles.

Djokovic is the only player since Rod Laver in 1969 to win all four Grand Slams.

Tsitsipas was playing his first major final and Djokovic for the 29th time.