GOAL program was jointly launched by Ministry of Tribal Affairs and Facebook. 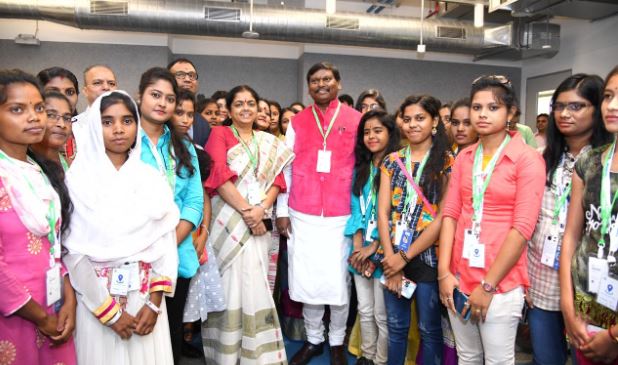 Ministry of Tribal Affairs partners with Niti Aayog and Facebook are running GOAL for tribal women. The objective of this program is to digitally mentor 5000 young women in India’s tribal-dominated districts. The GOAL program will give technical support to the socially and economically marginalized women for their needs to succeed, using the technology they may otherwise have not had access to.

• The GOAL program will include one-to-one weekly mentoring sessions. These sessions will focus on various types of programs like entrepreneurship, online safety and digital literacy.
• Facebook and the Tribal Affairs Ministry will ensure that beneficiaries should get around 2,00,000 hours of guidance.
• Facebook Messenger and WhatsApp will be part of the training. District administration will support the central government’s initiative.
• As per the government’s data, more than 125 tribal women have already enrolled in the program.

Facebook and Tribal Affairs Ministry are jointly working on this project with an aim to close the digital gender gap. Facebook is committed to providing access to the internet to more women to enable them to reach worldwide resources. This program actively supports these young tribal women to build leadership qualities and helps them to be champions and share their learnings with others.

The joint venture between the private and government sector will illustrate the power of partnership. All those women who have a keen desire to upgrade their skills and uplift their livelihood through modern technologies can take benefits of this initiative.

Also Read | International Poverty Eradication Day 2019: Everything you should know