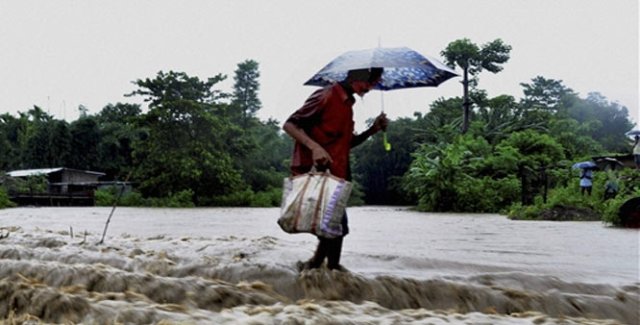 The Union government has constituted a high-level committee for proper management of the water resources in the North Eastern Region (NER).

The committee would be headed by the Vice-Chairman of Niti Aayog, Dr Rajiv Kumar. The move follows Prime Minister Narendra Modi’s visit to Guwahati in August 2017 to review the flood situation and relief work in the North Eastern States.

Ministry of Development of North Eastern Region (DoNER) will serve as the coordinating point.

The Committee will have to submit its report including Plan of Action by June, 2018.

Composition of the Committee

The Committee may co-opt or invite as special invitees Secretaries of other Ministries / Departments as well as experts who have domain knowledge in the matter.

During the review of the flood situation with the Chief Ministers of Assam, Manipur, Nagaland and Arunachal Pradesh, the Prime Minister had announced constitution of a High-Level Committee for holistic management of water resources in the NER.

The meeting noted that the optimum management of water resources is a cross-cutting task which requires multi-sectoral interventions and concerted strategy, including management of catchment areas in upper reaches involving concerned Central Ministries and State Governments.

The Brahmaputra and Barak river systems which account for one-third of India’s run off, are highly prone to floods.  Brahmaputra is one of the largest river systems in the world and causes considerable distress and costs on the region through frequent flooding and erosion.

Key Action Points of the Committee include:

• Appraisal of existing mechanism/institutional arrangements for management of water resources of the North Eastern Region.

• Identification of gaps in the existing mechanism/institutional arrangements for optimal management of water resources of the NER.

• Spelling out of actionable measures required for optimizing the management of water resources in the North-East.

• Chalking out a Plan of Action for dovetailing of the schemes/programmes of concerned Union Ministries, their attached offices and autonomous bodies as well as the schemes of the respective North-Eastern State Governments.