Haryana Government also decided to give Rs. 15 lakh to each player participating in the Olympic Games. 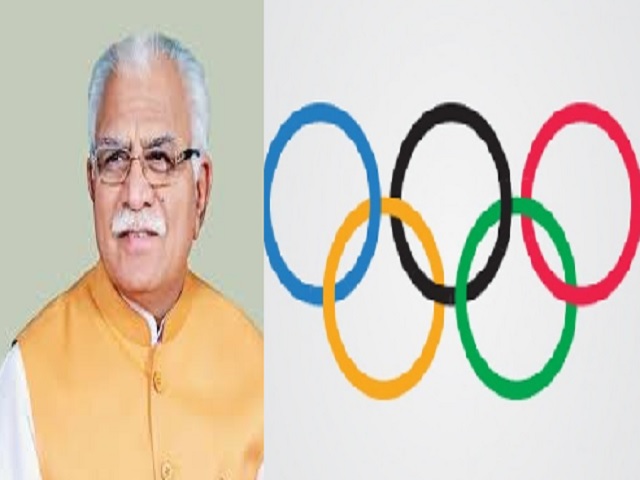 Key Highlights
• Haryana Government also decided to give Rs. 15 lakh to each player participating in the Olympic Games. The Haryana Government believes that this will make state and country proud as well as encourage players.
• Earlier, winners were given Rs. 5 crore. Apart from Gold Medalist, the silver medalist will get Rs 1 crore more, while the bronze medalist will be given Rs 50 lakh more.
• The prize money for Asiad and Commonwealth Games winners has also been increased. The gold medalist in the Asian Games will now get Rs 3 crore instead of two, while the gold medalist in the Commonwealth Games will get Rs 50 lakh more.
• The cash prize money will be given only to players representing Haryana.
• According to the new sports policy of Haryana, a new provision has been added to honor the coaches of the players.
• Apart from this, the player's stadium will also be given 10 percent of the amount he gets to improve the facilities.

Pension for players
The Chief Minister of Haryana Manohar Lal Khattar also announced pension for the players. He informed that the Haryana Government will provide pension to the national award winners like Arjuna Award, Dhyanchand, and Rajiv Gandhi Khel Ratna Awards. This will be additional assistance to the players apart from the amount received from the central government. Haryana Government will also give jobs to the players who win medals in international level sports competitions.