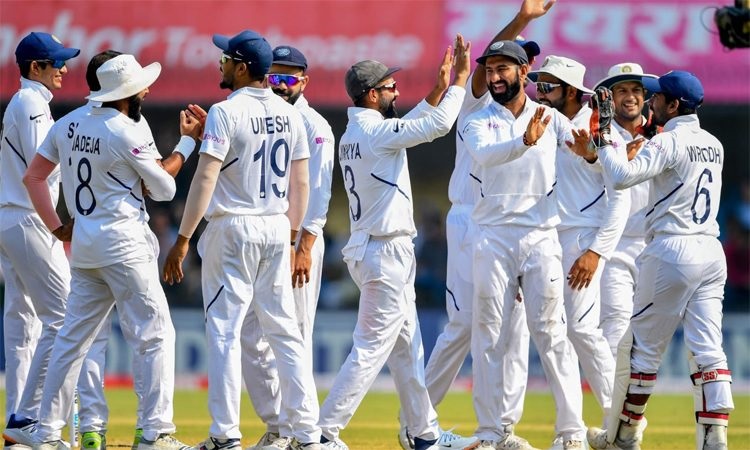 ICC Test Rankings 2021: Team India continued to hold its top spot on the ICC Test Team Rankings, which were released by the ICC on May 13, 2021. India lead the table with 121 rating after having accumulated 2914 points from 24 matches.

New Zealand also retained its second spot on the ICC Test Team Rankings with 120 rating after having accumulated 2166 points from 18 Tests. The two sides are going to clash against each other in the finale of the inaugural World Test Championship at Southampton's Ageas Bowl in the United Kingdom from June 18 to 22.

England has climbed to the third spot with 109 rating, pushing Australia to the fourth place with 108 rating. Pakistan is fifth with 94 rating and West Indies has jumped up two places to the 6th spot.

•The next Indian bowler in the Test rankings is Jasprit Bumrah, who stays static at the 11th position.

•The third rank is held by New Zealand's Neil Wagner who has 825 rating, followed by England's James Anderson at the 4th spot with 822 rating and Australia's Josh Hazlewood at 5th spot with 816 rating.

•India's R Ashwin ranks fourth on the list with 353 rating, followed by Bangladesh's Shakib Al Hasan at the fifth spot with 338 rating.